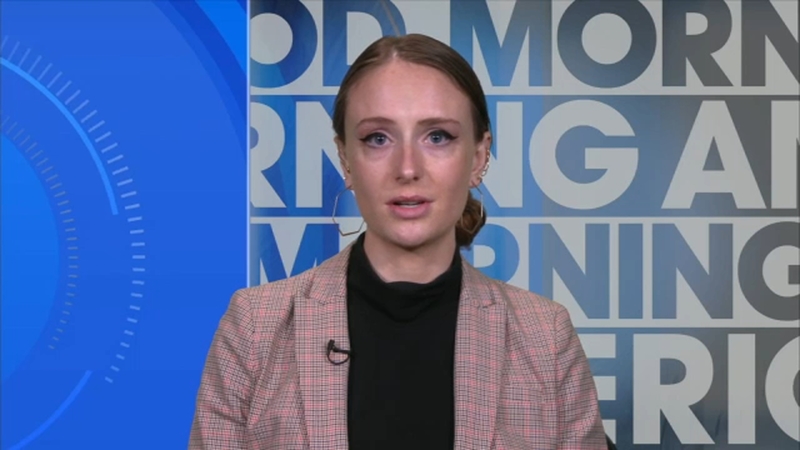 GMA's George Stephanopoulos asked Bennett what she thought about the governor singling her out during his pre-recorded statement Tuesday, following the release of the New York State attorney general's findings.

"It wasn't an apology and he didn't take accountability for his actions. He can't once apologize and then say he didn't do anything wrong," Bennett said. "He blamed me and said I simply misinterpreted what he had said, but his line of questioning was not appropriate. He was coming onto me and he insinuated that survivors of trauma and sexual assault can't tell the difference between mentorship and leadership and sexual harassment itself, which is not only insulting to me, but every survivor who listened to him yesterday. The victim blaming is not okay."

Stephanopoulos asked Bennet how she felt when it was happening at the time.

"Overwhelmed but mostly vindicated because I had just listened to the New York State attorney general tell me and the 10 other women that we were believed and that was powerful, and so much more important than anything the governor had to say," Bennett said.

Her inquiry and accusations against the governor led to other women doing the same.

"I had heard some whisperings of other people talking, but it really came from a sense of supporting Lindsey Boylan, who had first tweeted out her allegations in December. I actually DMed her on Twitter and we had a private conversation, which I told her what I was experiencing and why I left public service earlier that same year, and you know, when there are two women, there are more than two," Bennett said. "We know from experience it's not just one person, and that's why we need to believe every woman who makes these allegations."

She was asked why it took so long for all of the sexual harassment claims to come out against the governor.

"He has been an establishment political figure for so long and he rules by fear," Bennett said. "He is scary. I was scared, I didn't know where to turn. When I was still working in New York State I vowed to myself to never speak of this. I was horrified in the moment and that's the reason why I no longer work there."

Bennett says it's up to the state legislature to impeach the governor.

"Well based on his apology, which was not much of an apology at all yesterday, it seems like he's not living in reality. So, it's up to us to take action and it's really the responsibility of Assembly Speaker Carl Heastie to impeach him immediately. You know, September is not soon enough, this needs to happen now. He's a danger, we have the facts, and Carl Heastie needs to, you know, get to it," Bennett said.

Her attorney, Debra Katz also commented on the criminal investigation against the governor in Albany.

"Well at this point, Charlotte has done a heroic and courageous act of coming forward and cooperating fully with the investigators. I think at this point, it really is on the New York Legislature to take decisive action to impeach him because the governor is clearly not living in reality, as Charlotte said, he's refusing to step down. And his performance yesterday was belligerent and it made it clear that he's unfit to serve. He still does not get it. He still wants to blame the victim, and shockingly yesterday, he blamed his mother for teaching him how to kiss people inappropriately. He really does not get it," Katz said.

In the end, Bennett says she feels vindicated.

"Yeah, it has been a long road. Even before my story came out in February I left New York State after this happened. I left my job, I left New York State, and I really was living in a state of anxiety and panic and it has been a really long road, but yesterday was the start to something new and I'm just happy that we had the investigation that we deserved," she said.