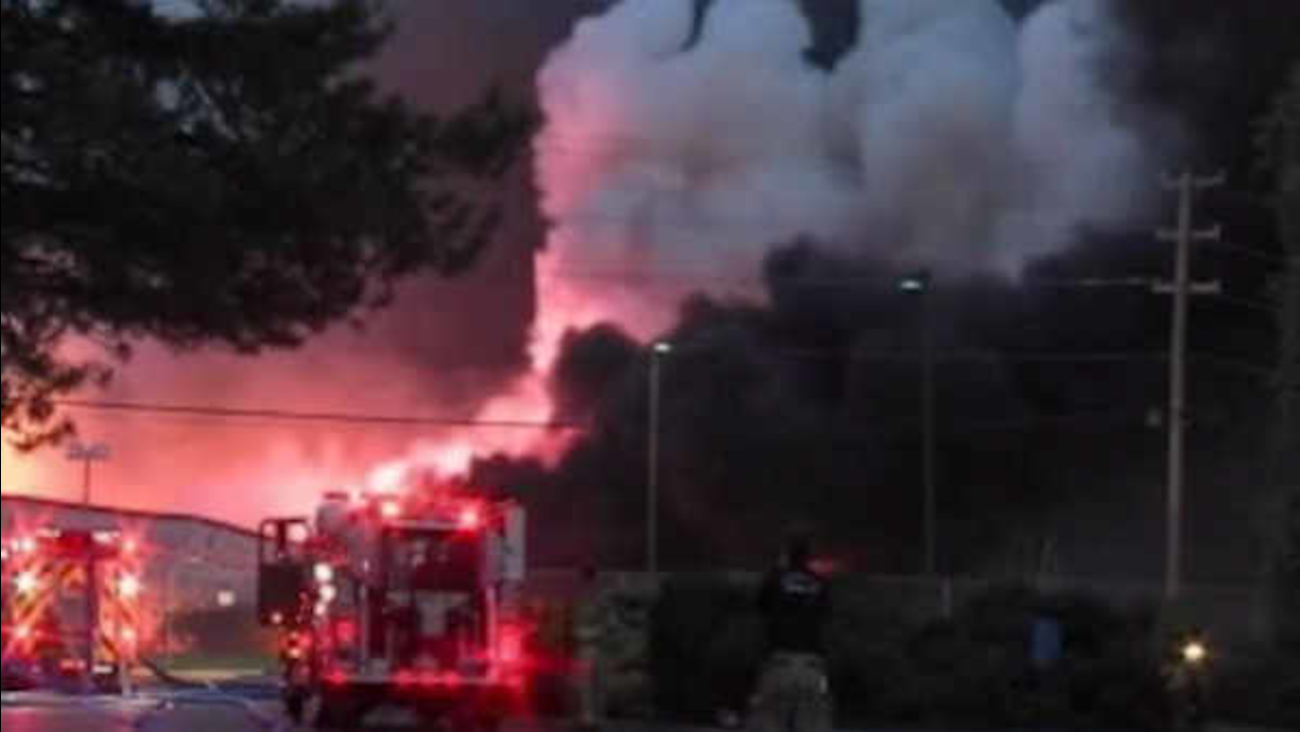 HANOVER, Pa. -- Firefighters are again attacking a blaze at a central Pennsylvania chemical plant after letting it burn for hours.

Officials say they're knocking down remaining exterior walls and pouring water on the flames at Miller Chemical and Fertilizer plant in Conewago, Adams County.

The blaze broke out at around 3:30 a.m. Monday and burned into the afternoon. No injuries were reported. The cause is under investigation.

Officials say the smoke is not considered toxic. Nearby residents were asked to shelter in place as a precaution. Officials are monitoring air quality.

People at the scene reported a nasty smell and burning eyes. Several containers were heard exploding.
(Via Twitter: 911Photography)