The restaurant had its grand opening Saturday at 37th Street and Sixth Avenue. At 5,000 square feet, it's the largest Chick-fil-A restaurant in America.

Since then, the line has pretty much been out the door and around the corner -- even stretching at least half the block at some points. Several people said the line was at a one-hour wait for lunch on Monday.

There is seriously a line out the door & around the corner for the new @ChickfilA in #NYC. #nyccfa pic.twitter.com/gbB3bSvRQQ

Much like a line for an amusement park ride, signs are even posted along the sidewalk letting those waiting what their approximate wait time is before getting served. 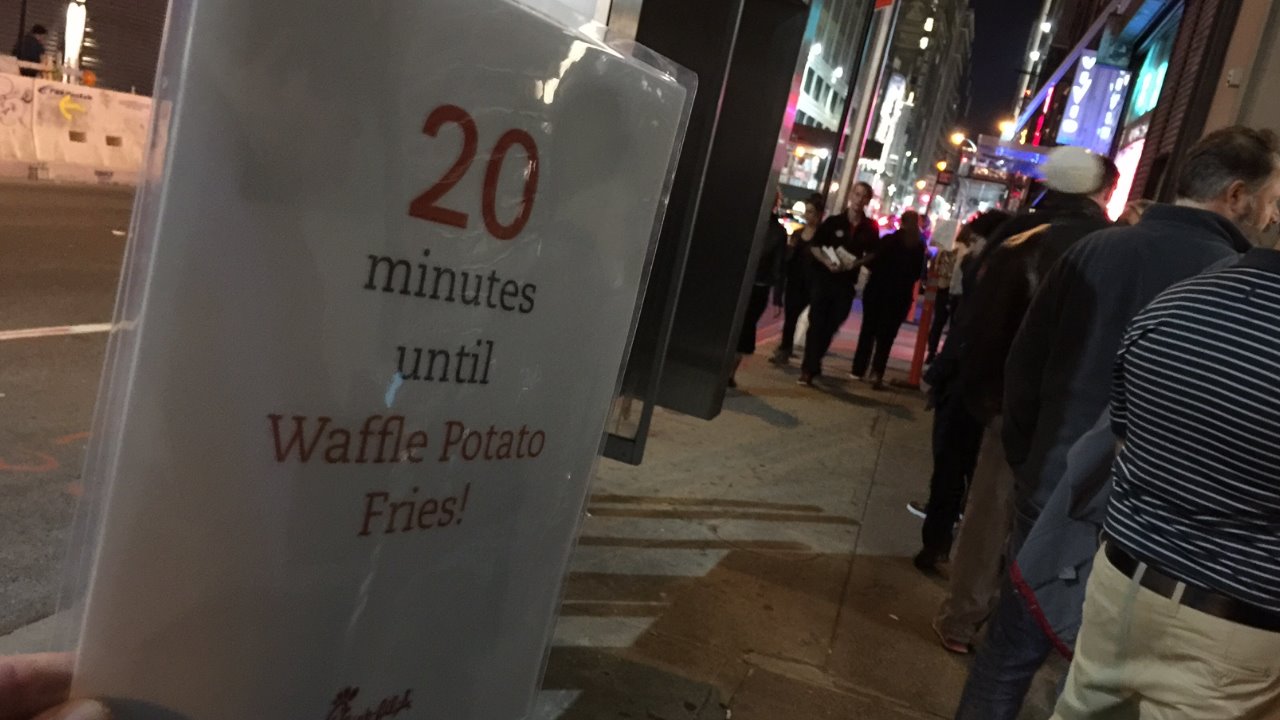 To keep line-goers entertained, the restaurant hired a DJ who plays music and provides information about the new establishment.

Surreal experience at Chick-Fil-A in NYC. Hundreds in line around block. DJ and emcee. Loud speakers. "It's his first glass of sweet tea!"

Once inside, the line weaves around -- also like a roller coaster line -- while workers take your order via tablet. They walk with you as the line advances toward the registers, giving you a tag that you take to the cashier, which calls up your order.

Line inside is just as crazy. Line is like an amusement park. Orders taken via tablets. #chickfila #nyccfa pic.twitter.com/inEaztoZGA

One couple who stood in line asked to have their photo taken in the dining area on the second floor. The man said he was originally from Atlanta (where the chain is based and readily available) and missed the food, while the woman said "sweet tea is the greatest thing in the world -- besides him."

We'll admit, sweet tea isn't the easiest thing to find in NYC, a city that has tried to ban sugary drinks altogether.

There is another Chick-fil-A expected to open in the next couple months near 46th Street and Sixth Avenue, according to the DJ outside the venue.