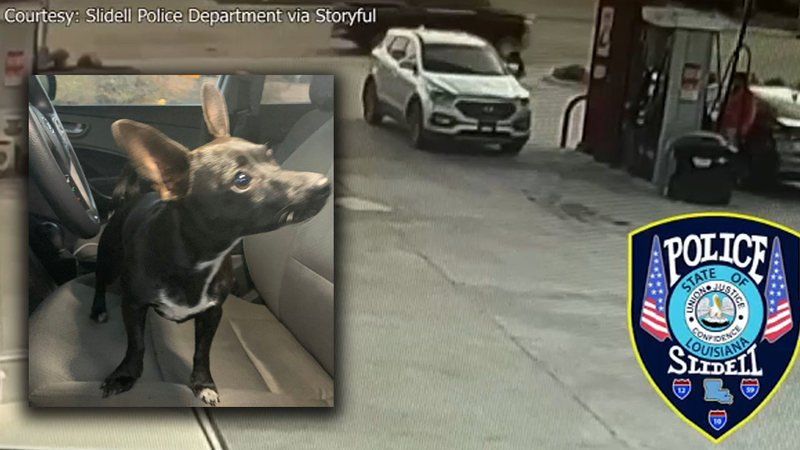 A couple was pumping gas at a gas station on Gause Blvd. A 5 pound chihuahua somehow put the vehicle in reverse. The SUV, rolled backwards, crossed over a 4 lane road and came to rest at the gas station across the street. Only minor injuries. pic.twitter.com/msfrC5mApB

Police say the dog's owners got out of the car to pump gas.

One neighbor said the dog is a better driver than most people, despite hitting a mailbox.

That's when the car suddenly went into reverse, crossed a four-lane road, and ended up at another gas station.

Police say there were minor injuries in the crash, but aren't saying who was hurt.

In photos, the dog appears fine.