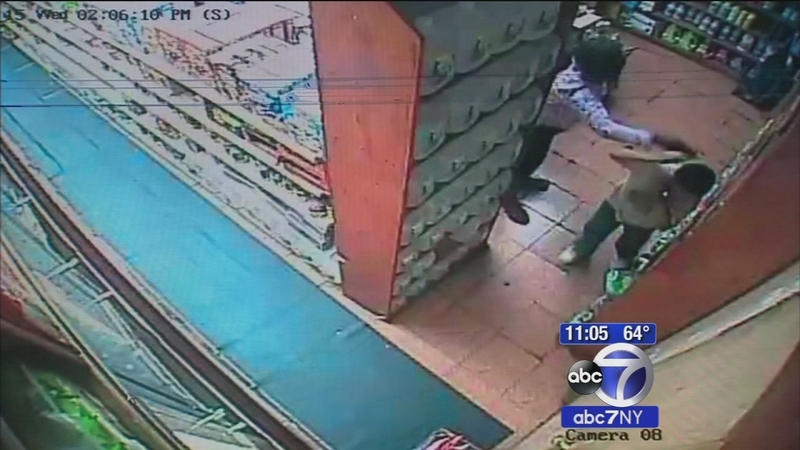 Woman chases down 10-year-old in deli, punches him in face

NORWOOD (WABC) -- A boy in the Bronx got a beating he did not expect. A woman chased him, slapped him and ultimately gave him a bloody nose in a bodega.

Trying to teach a youngster some manners should not deteriorate into a police investigation, but that is what happened to the 5th grader who was struck repeatedly by another customer.

"She slapped me two times, I punched one time," Mohammed said.

"Indescribable for a father to see your son chased and beat up," said Ibrahim Almontsir.

The slaps and punch occurred inside the family's deli on East 206th Street in the Bronx. Mohammed went in to pick up a bag he had left earlier, He says the lady ordered him to say thank you.

"I told the lady it's none of her own biz, she said she has better grandsons that respect her and have better manners," Mohammed says.

It got worse from here. Eyewitness News is told the woman decided to teach him manners - with her hands and fist

"The way she punches him around, he was very helpless," Ibrahim adds.

Police are looking for the older woman who was captured on the security cameras terrorizing the helpless boy. The owner tells Eyewitness News that he did not recognize the woman as one of his regular customers. A person of interest who was with the suspect is described as approximately 25 to 30-years-old, last seen wearing a hat, a black t-shirt with a design on the front and a black t-shirt.