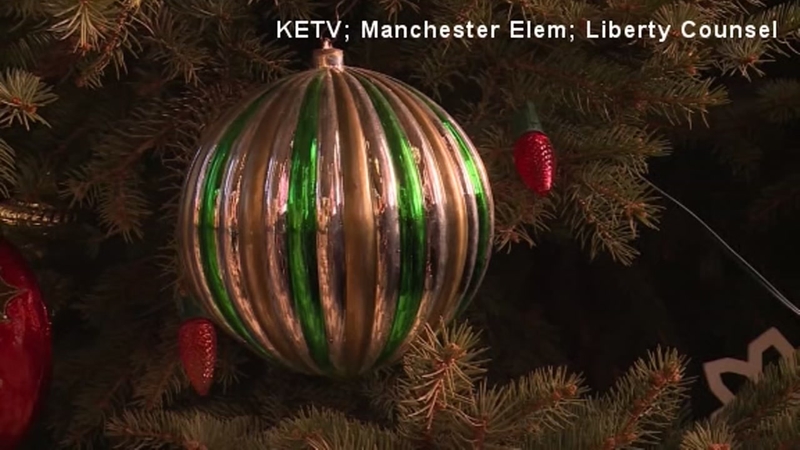 OMAHA, Nebraska -- The principal of a Nebraska elementary school is on administrative leave after she told staff to ban certain Christmas decorations that could appear to be religious.

According to KETV, district spokesperson Kara Perchal said the new principal of Manchester Elementary did not consult with administrators about the school's policy on the decorations before placing the ban in classrooms.

She sent a two-page memo to staff itemizing unacceptable practices for the holiday.


And she signed her letter, "The (Unintentional) Grinch who stole Christmas (from Manchester).

She sent KETV the following statement:

"Elkhorn Public Schools District administration promptly addressed the issue at Manchester Elementary School regarding the memo that was sent by the principal to Manchester elementary staff. The memo does not reflect the policy of Elkhorn Public Schools regarding holiday symbols in the school. The District has since clarified expectations and provided further direction to staff in alignment with District policy. This issue was limited to Manchester Elementary School and did not arise at any other schools within the District."