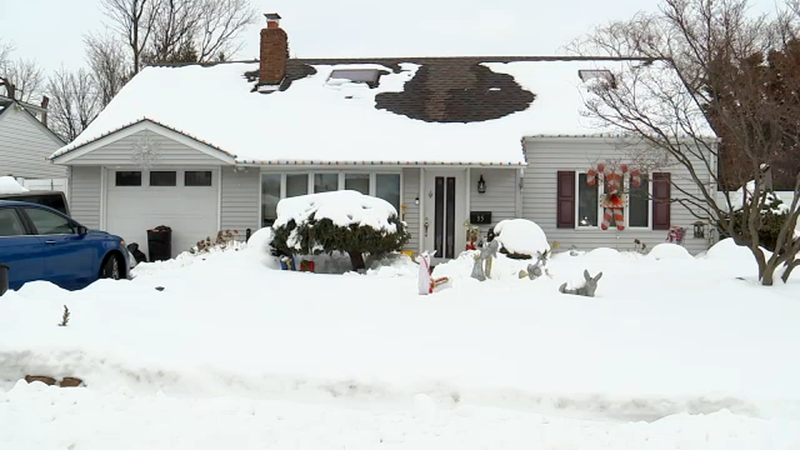 Residents get anonymous notes to take down Christmas lights

BETHPAGE, Long Island (WABC) -- It may be February, but the Christmas Grinch is still making his way around a town on Long Island.

At least three people who live on Berkshire Road in Bethpage received anonymous letters in the mail this week saying, "Take your Christmas lights down! Its Valentines Day!!!!!!"

The letters are postmarked January 30 and have no return address. 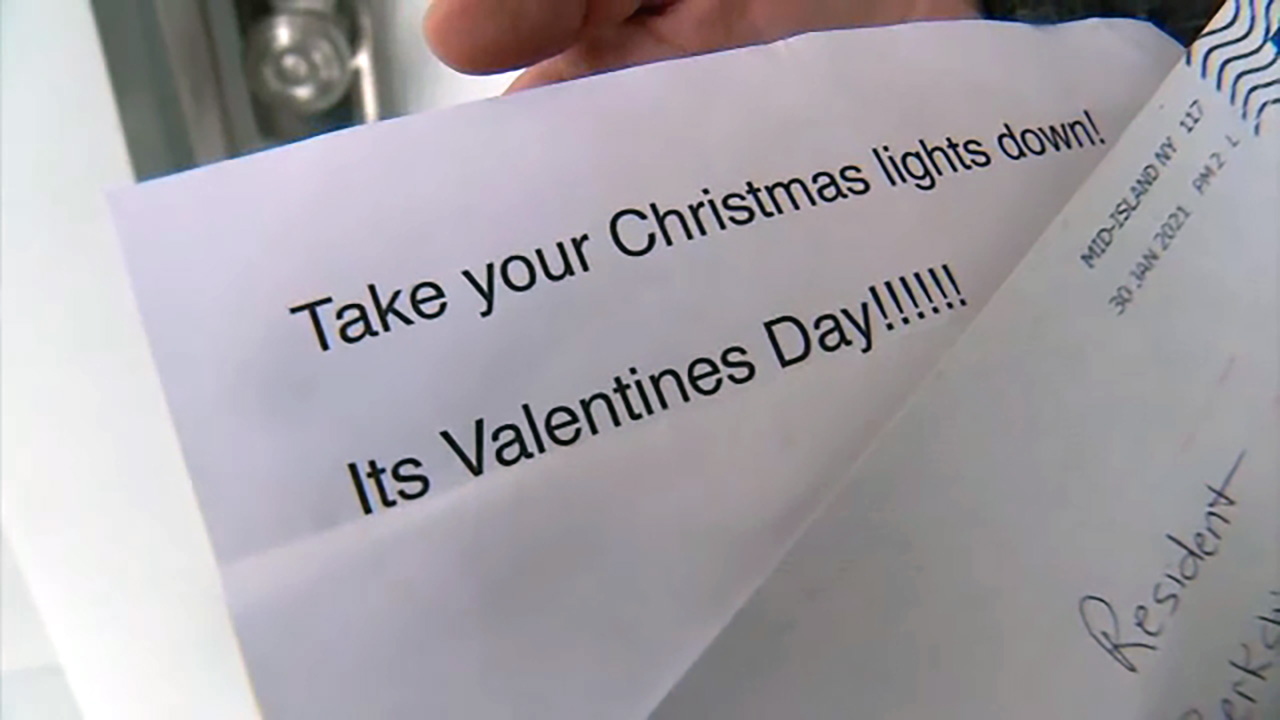 She said she hasn't been able to bear the thought of taking down her Christmas decorations because her recently deceased father put them up, and he loved Christmas.

Sixty-one-year-old Anthony Pascucci died January 15 from the coronavirus. His sister and Sara Pascucci's aunt, 70-year-old Connie Pascucci, died a week before him, also from COVID.

"It's not something you want to receive after everything that we've been through," Pascucci said.

Dustin Diamond's team had only just disclosed he had cancer a couple of weeks ago.

She said she has a message for the author.

"I would just like them to remember to be kind, especially during a pandemic," she said. "You don't really know what anyone's really going through."

Lori Kelly also received a letter and said her husband has been unable to take down the lights because he hurt his back.

"I don't know why someone would take the time to write letters," she said.

John Fazio got a letter too.

"I guess some just people have extra time to be mean or, you know, they have nothing else better to do then attack people," he said.

Fazio said by the time someone in his house informed him of the letter, he had already taken the decorations down.

Pascucci posted about the letter on Facebook and has been receiving many words of encouragement from the greater Long Island community.

Nina Pineda reports on those still waiting for unemployment benefits in New Jersey.