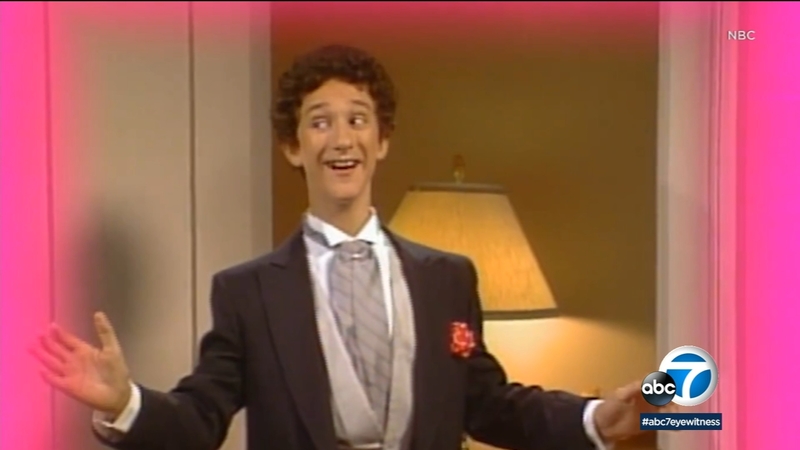 Dustin Diamond, best known for playing Screech on the '90s sitcom "Saved by the Bell," died Monday of cancer. He was 44.

His representative confirmed the news in a statement, saying that Diamond passed away due to carcinoma.

"We are saddened to confirm of Dustin Diamond's passing on Monday, February 1st, 2021 due to carcinoma. He was diagnosed with this brutal, relentless form of malignant cancer only three weeks ago. In that time, it managed to spread rapidly throughout his system; the only mercy it exhibited was its sharp and swift execution. Dustin did not suffer. He did not have to lie submerged in pain. For that, we are grateful."
EMBED More News Videos

Sandy Kenyon takes a look back at the former "Saved by the Bell" actor's life.

Less than two weeks ago, Diamond's representative said that he had begun undergoing chemotherapy treatments. He was hospitalized in Florida earlier in January.

"Dustin has completed his first round of chemo and his next round is being scheduled. He will also begin his physical therapy soon," the actor's spokesman, Roger Paul, said in a statement in January. "Dustin is looking forward to spending more time with his girlfriend, playing his bass guitar/video games, as well as making videos for his fans on social media."

Diamond's showbiz career spanned some 33 years, and his signature role was playing Samuel "Screech" Powers, the loveable nerdy character who became a part of our pop culture. He was just 11 years old when he beat out 5,000 other kids for the role.

Diamond was not included.

Diamond has been sued several times for delinquent taxes and in foreclosure proceedings for missing mortgage payments. He has appeared on reality TV shows, made a sex tape and produced a tell-all documentary on Lifetime TV called "The Unauthorized Saved by the Bell Story." In 2015, he was sentenced to serve 4 months in jail for his part in a Wisconsin barroom stabbing.

The actor's representatives said Diamond dealt with a great deal of turmoil and heartache, and he just didn't know how to process his pain.

In 2009, Diamond wrote a tell-all called "Dustin Diamond, Behind the Bell," which was about his days on the Saturday morning sitcom. It's something he later regretted. Monday, his old co-stars, including Thiessen, Gosselaar and Lopez, spoke out on social media with kindness.

I am deeply saddened by I the news of my old co-star @realdustindiamond passing. Life is extremely fragile and it’s something we should never take for granted. God speed Dustin. 💔 https://t.co/r3NVsWK2K4

Deeply saddened to hear of the passing of Dustin Diamond, a true comedic genius. My sincere condolences to his family and friends. Looking back at our time working together, I will miss those raw, brilliant sparks that only he was able to produce. A pie in your face, my comrade.

Dustin, you will be missed my man. The fragility of this life is something never to be taken for granted. Prayers for your family will continue on... pic.twitter.com/BnxY9XgN5g