New York City statue being removed, but it's not Christopher Columbus 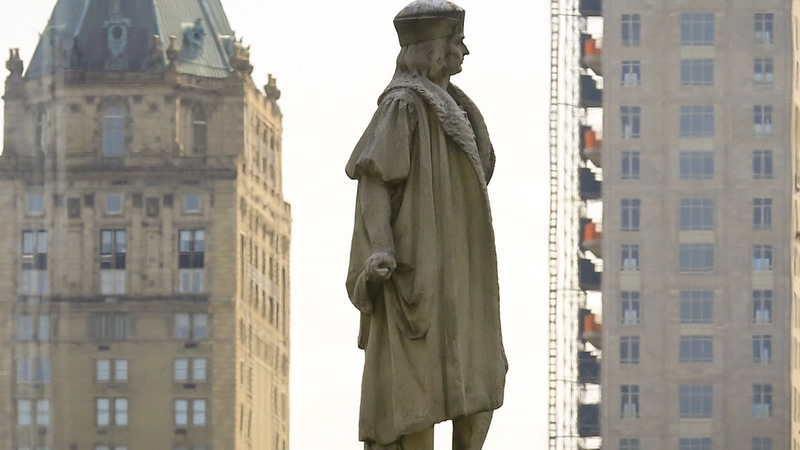 COLUMBUS CIRCLE, Manhattan (WABC) -- After months of public hearings and meetings to discuss, you will have to look closely to see any changes -- especially when it comes to the statue of Christopher Columbus.

That's because the statue at Columbus Circle is staying put.

The city decided to keep it there after a 90-day review that included public hearings held in every borough.

The commission released a report recommending that most of the statues that came under scrutiny, which some consider symbols of hate, should remain.

But when it comes to the Christopher Columbus statue, a historical marker will be added.

The city will also add a new monument to honor indigenous people.

The commission did recommend moving one statue located in Central Park, that of J. Marion Sims, a doctor who operated on slave women to develop advances in gynecological surgery.

The Sims statue will be moving to a cemetery in Brooklyn where he is buried.

"Thousands of New Yorkers got involved in this process, and there's been an important conversation going on across the city," Mayor Bill de Blasio said in a statement. "Reckoning with our collective histories is a complicated undertaking with no easy solution. Our approach will focus on adding detail and nuance to - instead of removing entirely - the representations of these histories."