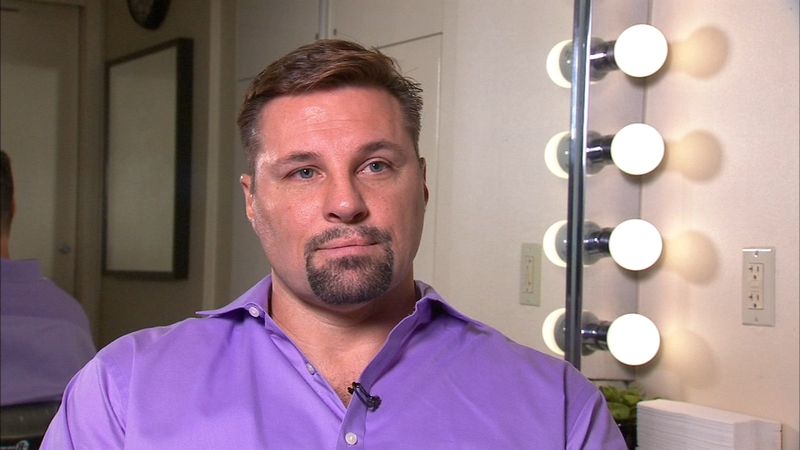 As so many in our area pause to reflect on the somber anniversary of 9/11, one man is telling the story of how the attacks led to his career as a firefighter.

Now, all these years later, that career has turned to filmmaking.

Christopher Stadulis first discovered acting years ago, when he was in the Police Academy. But he put aside his dream of a show business career and became a state trooper, then an officer with the MTA before 9/11 changed his life.

When the twin towers fell, he was four blocks away.

"It's difficult," he said. "The memories are very vivid."

He went directly to ground zero and joined a bucket brigade.

"We dug and dug and moved a lot of debris, and finally we ended up hearing different voices," he said. "People calling out, moaning and so forth. And then dug further, and you didn't find anybody. There was no life."

What he witnessed is preserved in home videos he made. Less than two months later, he was a New York City firefighter.

"It was a proud moment, but not the way you want to go in because now you have big shoes to fill," he said. "And you're going in a year sooner than I should've gone in, because all of the men and women that we lost that day."

The veterans didn't make it easy for him.

"They made it harder because they knew the veterans that we lost," he said.

But Stadulis found his place in the firehouse, and his buddies didn't even mind when he started moonlighting as an actor.

"I like performing, and I like telling a story with a good message and affecting people," he said.

His movie "Burning Down" is about the father of a child with autism who is also a firefighter trying to cope with a myriad of challenges.

The movie isn't about 9/11, but it serves as an inspiration.

"I use that event, that tragic incident that occurred...to reach into a deep place," he said. "A deep, deep, truthful place."

"Burning Down" is available online.

Stadulis still has trouble sleeping and trouble breathing due to the days he spent down at ground zero, and he's retired from the FDNY. But he said that should another tragedy occur, he'd still rush to help in a heartbeat.