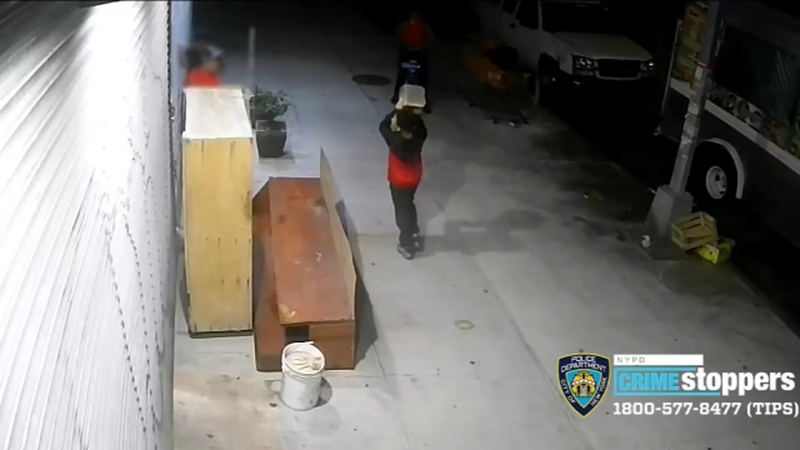 Search for attackers who threw cinderblock at man in Bronx

BRONX (WABC) -- A violent attack with a cinderblock was caught on camera in the Bronx.

It happened last Wednesday, July 7, at 3:10 a.m. on Southern Boulevard.

The first attacker picked up a piece of cinderblock and threw it at the 25-year-old man, hitting him in the head.

Then that same suspect threw a plastic crate at the 47-year-old man and dropkicked him to the ground.

The second attacker hit the 25-year-old man in the head with the plastic crate, while the third punched him in the face.

Then the first two attackers punched and kicked the 47-year-old victim until they took his wallet with $450 in cash.

Both victims were taken to NYC Health + Hospitals/Lincoln with pain and bruising to their heads and bodies. They were listed in stable condition.