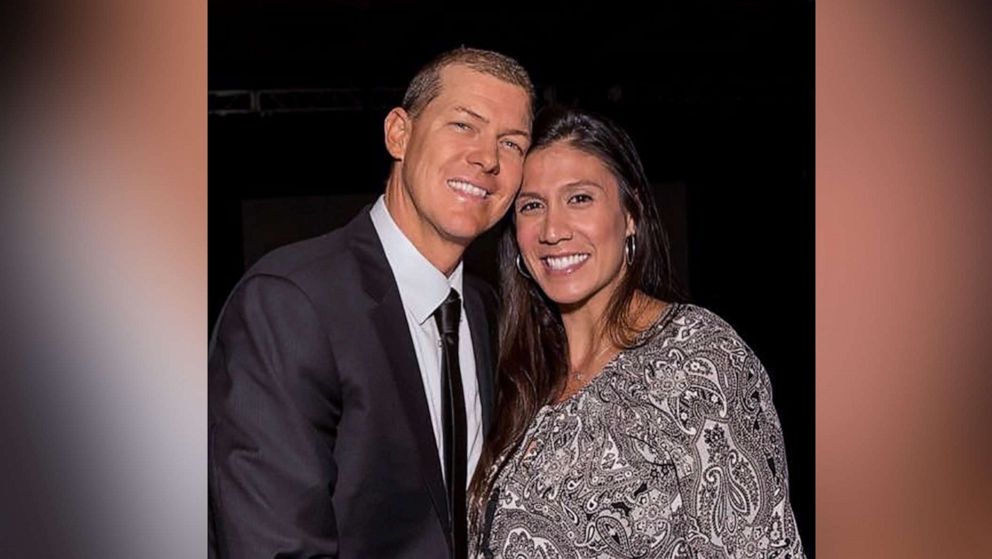 ABCNews
By TJ HOLMES
Youth basketball coach Christina Mauser, one of the nine people killed, including Kobe Bryant, in a helicopter crash in California on Sunday, is leaving behind three grief-stricken children and an adoring husband.

Matthew Mauser said telling the news to their children -- ages 3, 9 and 11 -- was "the hardest thing I've ever done."

"How do you tell a child their mommy's no longer with us?" he said. "They screamed, they yelled. And I just held them."

"I love my wife. With everything I had," Matthew Mauser told ABC News through tears on Monday. "I want more time."

As a top assistant coach of the Mamba girls' basketball team, Christina Mauser coached Bryant's 13-year-old daughter, Gianna, who was also killed in the crash, according to The Los Angeles Times.

Christina Mauser's team was a part of Bryant's Mamba Sports Academy in Thousand Oaks, California. The pilot and eight passengers were on their way there for a game at the time of the Sunday morning crash in Calabasas that killed everyone on board.

Matthew Mauser said his wife of 14 years took many trips on Bryant's helicopter -- and he'd "always get nervous."

But he "wanted to support" her opportunity to work with Bryant, he said, "'cause she's always supported me."

"Kobe didn't pick my wife because she was average," he said. "She was exceptional."

"I was so proud of her. It was amazing watching her in her element," he said. "Kobe deferred to her. He would get angry or upset at a ref, she would calm him down."

"As good as she was with X's and O's, she was also that good with how to treat the girls," he said. "She took a lot of pride in being there for those girls and she absolutely adored them."

"She loved what she did," Matthew Mauser said. "My wife had a brilliant, brilliant eye for coaching."

He called his wife "an amazing athlete," recalling a moment the two played basketball on one of their first dates.

Her moves were unlike "any girl I've ever dated," Matthew Mauser said, "and I fell in love right there."

"She was quick, she was witty," he added. "She had an amazing sense of humor."

"I just want people to know how amazing my wife was," Matthew Mauser said. "I want everybody to know not only about my wife, but about the other people on that helicopter that were amazing people. Including Gianna and KB. It was a helicopter full of incredibly talented, hardworking, sweet, kind, fantastic people."