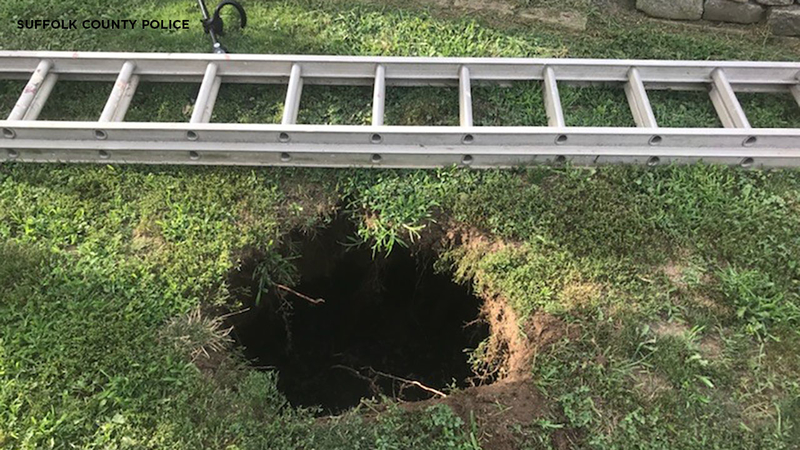 NORTH BAY SHORE, Long Island (WABC) -- An 88-year-old man was rescued after he fell into a collapsed cesspool on Long Island Monday.

Ralph Santos was weed whacking in the backyard of his home on Bancroft Road in North Bay Shore around 5:25 p.m. when a cesspool collapsed creating a sinkhole, Suffolk County Police said.

Santos fell into the hole but was able tokeep his head above the contents of the cesspool using the electrical cord from the weed whacker.

His wife found him and called 911.

Officers threw Santos an emergency life ring to help keep him afloat as they worked to free him.

It was a treacherous rescue for officers as the sinkhole was getting larger as they were attempting to pull Santos out, but they were successful.

He was taken to the hospital.

It's not clear how badly he was injured, but police said his injuries were not considered to be life-threatening.