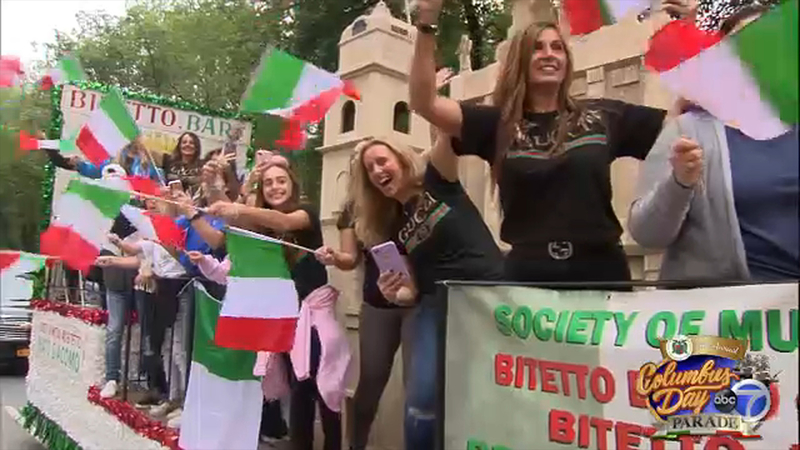 EAST SIDE, Manhattan -- The world's largest celebration of Italian-American culture returned for its 74th year in New York City.

The parade featured 35,000 marchers and more than 100 groups, including bands, floats, and contingents marching up Fifth Avenue from 44th to 72nd Street with red carpet performances on Fifth Avenue between 67th and 69th Streets.

More than 1 million spectators were expected for the event with millions more watching on television.

The parade celebrates the spirit of exploration and courage that inspired Christopher Columbus's 1492 expedition and the important contributions Italian-Americans have made to the United States.