Con Ed working to restore power in Brooklyn, Queens, after thousands of outages 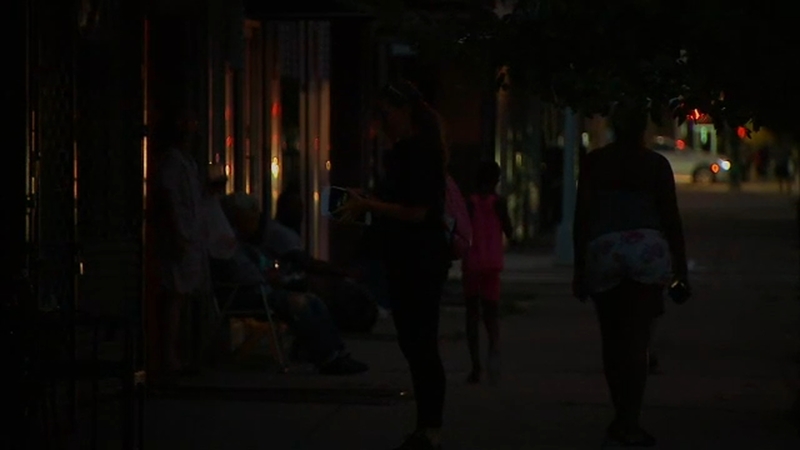 FLATLANDS, Brooklyn (WABC) -- Con Edison continues work to restore power after tens of thousands in Brooklyn and Queens lost electricity over the weekend.

Residents in the Flatlands were frustrated, saying they got to not sleep and are ready to go to work just to cool down. Many of them came to an outreach van on Avenue K, hoping to get some answers.

"You can't sleep," customer Vicci Bowens said. "You can't do anything."

No power during a humid heat wave is a recipe for a infuriated community, and that outrage was on display Monday across two boroughs.

The mayor said this was a deliberate move by Con Edison.

"Clearly an emergency, but yes they made a conscious decisions to pull out the electricity from this area," he said. "I assume they believed they were on the road to something much worse if they didn't do it, but again, we don't have any clear answers."

The mayor said that without much notice, the fire department had to get to anyone with a medical equipment dependent on power and 200 NYPD and state police officers were quickly added to patrol the area.

1 of the 2 senior facilities affected by outage has power back. Generators are on way to the other.

Air conditioned buses are stationed outside for seniors to stay comfortable.

FDNY and EMS are checking in on residents across the area who rely on medical equipment.

Con Ed officials say they had no choice.

"If our engineers had not done what they did, customers would be experiencing longer outages in that area," Director of Media Relations Mike Clendenin said.

The mayor said the city was mobilizing resources Monday night in case more New Yorkers lose power due to the severe storms in the area.

"Thousands of Con Edison customers are still without power," de Blasio said. "After two massive outages in eight days, New Yorkers are out of patience and have lost trust in Con Ed's ability to provide a basic service."
EMBED More News Videos

CeFaan Kim has more on Con Ed's efforts to restore power to tens of thousands of customers after a power outage this weekend.

"They said as far as they knew, it was restored," customer Marietta Bowens said. "I said, 'I'm not crazy, I'm sitting in my house, there's no power.' She said it came on for a while. I said it never came on, not even for a minute."

Janice Williams on East 48th Street complained it was bad enough when Con Ed pulled the plug on her neighborhood. Worse yet was the timing.

Most families do their grocery shopping on the weekends and that's when her power went out.

"I went yesterday and I shopped for meat," she said. "That's going to be spoiled. I hope Con Ed will be paying us back because up to now, back at 3, now nothing until 11. This is ridiculous. Totally ridiculous."

And while crews eventually brought in ice to give out, customers hoping it won't melt before their power is restored.

"With the heat, they should've been more prepared," resident Doreen Zaccheo said.

Meantime, The Red Cross has a shelter open for anyone seeking relief from the heat.

It is located at Junior High School 278 on Stuart Street in Marine Park, which has space for 200 people.