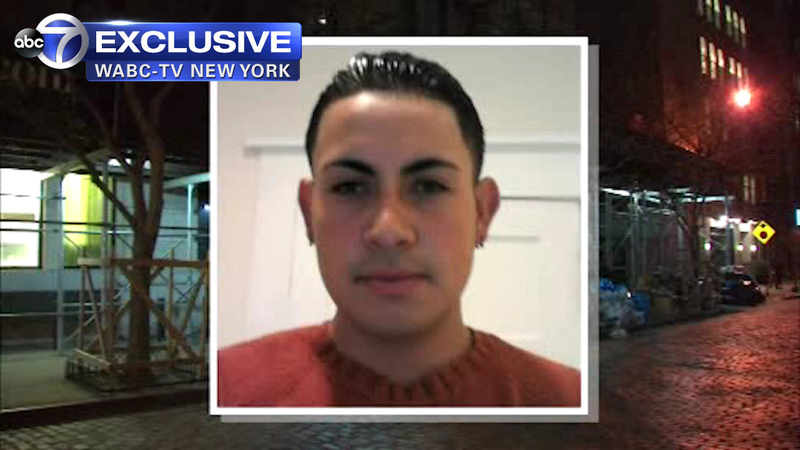 GREENWICH VILLAGE, Manhattan (WABC) -- There are calls for action after a worker was killed at a construction site by a falling plank of scaffolding.

Several safety violations were found at the project, and now the family and friends of the dead worker claims companies employing non-union workers are putting profits ahead of safety.

A family friend of Louis Mata spoke out for the first time only to Eyewitness News.

A Department of Buildings spokesperson says that violations have been issued in the past, including a stop work order for the site's scaffolding.

Following this death, the department has issued yet another stop work order.

Friday night, the worker's family is searching for answers and wondering if this could have been prevented.

Mata was finishing up his work day Thursday afternoon at a construction site in Greenwich Village.

His close child hood friend says the 27-year-old was heading to his Westchester County home when he was hit and killed by a wood plank that fell from a scaffold near Hudson and Leroy streets.

When officers arrived, they found Mata unconscious with severe neck and back injuries.

He was pronounced dead at Lenox Hill Healthplex.

A DOB spokesperson says the construction accident happened while scaffolding was being dismantled at the printing house luxury condo development.

Mata was wearing a hard hat when he was hit.

"It's sad to find out that a friend like that, you know, I'm never going to see him again," Perez said.

Mata lived with his uncle in Port Chester.

He came from Mexico nearly a decade ago, dreaming of a better life.

"He used to work a lot, he came here for his family. His mom is in Mexico right now and I mean, he was the only support she had," Perez said.

So far, there is no official statement from the contractor of the project.

Mata's funeral will be held this weekend.