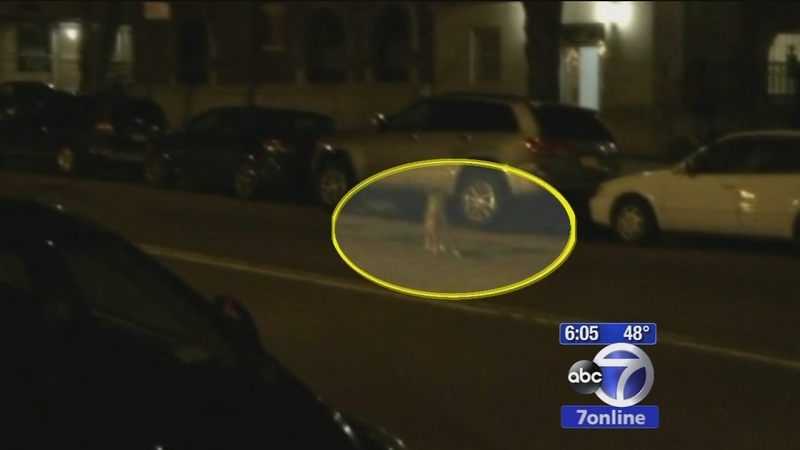 NEW YORK (WABC) -- A coyote seen Wednesday on the Upper West Side of Manhattan was spotted again overnight Thursday near West End Avenue, while authorities are looking into whether another spotted in Lincoln Center might be the same one.

The coyote is deeply nestled in the brush. @NYPDnews operations have concluded. Thank you. #24PCT#UWS #community pic.twitter.com/ujUUlVmApM

Many people are freaked out about seeing the generally nocturnal animals in New York City, but should they be?

From Riverside Park all the way down to West 62nd Street and Amsterdam Avenue, police have been on an around-the-clock hunt. The search has been suspended for now, but with so many sightings in the past 48 hours, authorities believe it's only a matter of time before the animal is spotted again.

Forget cat and mouse, because cops and coyotes is the new name of the game, with multiple sightings sending police search teams on the ground and air in every direction.

"We had some in helicopters and a couple of horseman basically all just patrolling back and forth and down inside," area resident Jessie Dunston said.

For now, it's not clear if the recent sightings are the same coyote police have been tracking or if there's more than one out there.

"I think it's kind of crazy and random," resident Rachel Stewart said. "I don't know where coyotes would come from."

Parks experts say there's no reason for people to be alarmed, and they attribute the recent increase to young coyotes breaking away from their family packs, many of which are known to be in the Bronx. They recommend people do not feed any coyotes and bring their pets in at night.

"It's kind of exciting, because it's a coyote and it's wild," resident Stephanie Goldstein said. "But being in New York City, that's also a little scary."

The search has been suspended until there's another sighting, and police would handle the capture of the animal and if it's deemed healthy without rabies or any other concerns.

The parks department would oversee its release.