Crews on scene of water main break in Cranford, NJ 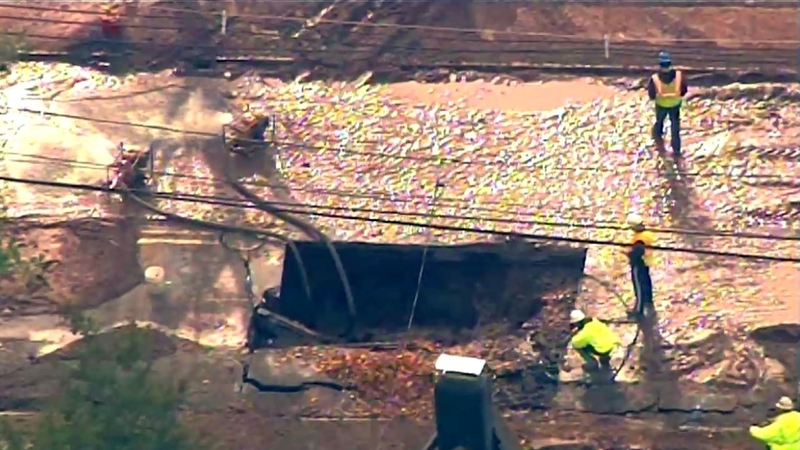 CRANFORD, N.J. (WABC) -- A break in a large water main in Cranford, New Jersey, left dozens without water on Thanksgiving.

Police say the main broke in the area of Denman Road and Lincoln Avenue East. NJ American Water said the break was discovered at about 5 a.m. in a 16-inch cast iron main that was installed in the 1930s.

The break created a cavern in the ground.

Residents on Denman Road, Denman Place, and Lincoln Ave. East will be without water until the repairs are complete, with about 70 customers affected in the immediate area.

"Police came to the door, I thought it was my main. I saw the water, I knew it was going to be trouble," said Nick Leonelli, who lives in the affected area.

Two homes were evacuated just in case there was a problem with the gas line. The break left some homes with flooded basements and the fire department came out with pumps.

Other area residents experienced low water pressure, according to police. Bottled water had to be brought in.

All this didn't seem to disrupt some Thanksgiving plans too much. Neighbors helped one another, providing water with a hose to those who didn't have it.

One homeowner didn't know she had a flood until getting a visit at the door.

"They told me there was a water main break and they wanted to check my basement," said homeowner Kathleen Gaudenzi. "I have Bilco doors so the water was pouring in, so that was a rude awakening."