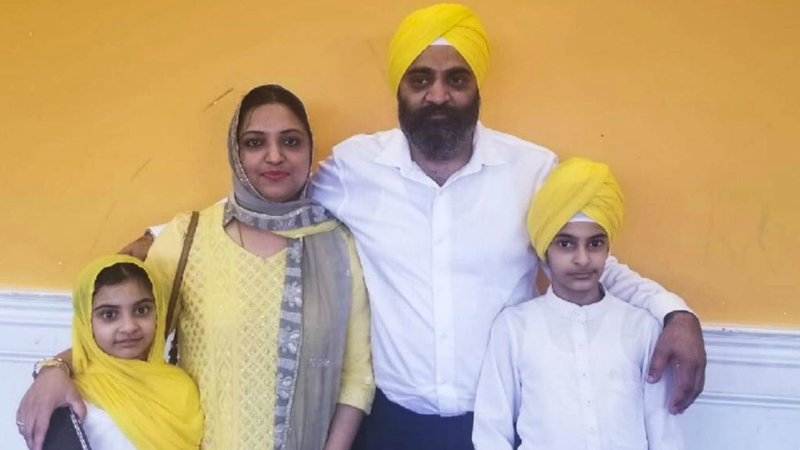 PAGE COUNTY, Virginia (WABC) -- Three members of a family from New Jersey were killed in a head-on collision in Virginia, leaving an 11-year-old boy as the sole survivor of the family.

The two-vehicle accident happened just after 2 p.m. Thursday on Route 340 in Page County, as the family was returning home from vacation in Maryland.

Police say the driver of a Ford F-250 lost control and collided with a Dodge Grand Caravan driven by 44-year-old Gurmeet Singh, of Carteret.

Singh, 38-year-old Jasleen Kaur, and a 6-year-old girl died at the scene.

Their 11-year-old son, Yash, was flown to UVA Medical Center for treatment of serious injuries.

The driver of the Ford, 65-year-old Douglas Sours, was transported to Winchester Medical Center with minor injuries.

The congregation at the Dashmesh Darbar Sikh Temple is devastated still, five days after the crash.

Friends say Singh was devoutly religious and a successful local businessman. In the Sikh temple where the family worshiped, head scarves and bare feet are a religious tradition. The temple president says the grief is only beginning to set in.

"We miss them so much, the whole family," Hardyal Singh said. "It's a big loss for our community, especially our congregation."

The congregation established a GoFundMe to help cover the funeral costs and to support Yash in his future that's raised more than $200,000 in less than a week.

The crash remains under investigation, and charges are pending.

Yash Singh is recovering, friends say, his heartbreak far greater than any of his injuries. The congregation is determined to rally behind him, as their faith commands them to do.