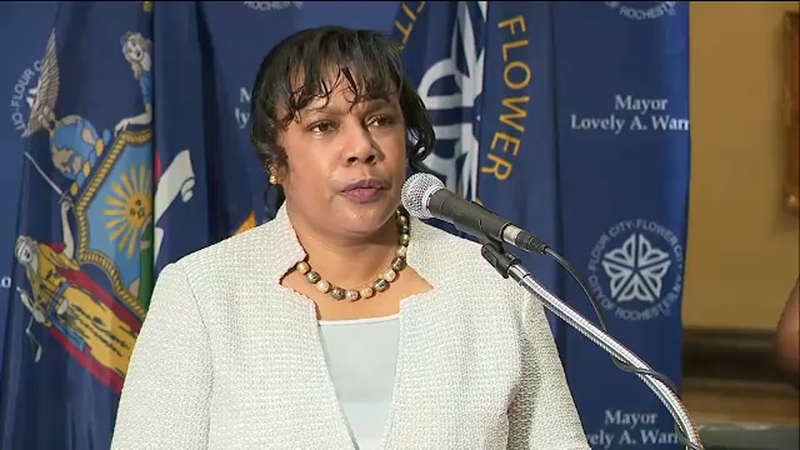 She is the first woman in the city's history to hold the position of chief.

Sullivan left the department in 2009 after about 24 years of service, a fact she noted in her acceptance speech Saturday:
"Interestingly, I left law enforcement because I wanted to have a bigger hand in helping people stay out of jail, rather than putting in that," Sullivan said. "So I moved on to roles helping deal with criminal justice disparities. I'm going to give it my 100 and 10, -40, -50 percent effort."

Sullivan's appointment comes less than two weeks after a major shakeup of the city's police leadership, including the firing of Chief Le'Ron Singletary, in the continuing upheaval over the suffocation death of Daniel Prude.

Officers found Prude running naked down the street in March, handcuffed him and put a hood over his head to stop him from spitting, then held him down for about two minutes until he stopped breathing.

He died a week later after he was taken off life support.

His death sparked nearly two weeks of nightly protests and calls for Warren's resignation after his relatives released police body camera video and written reports they obtained through a public records request.