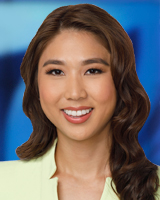 Two deadly fires broke out Tuesday night within minutes of each other. Janice Yu has the story.

Two deadly fires broke out Tuesday night in New York City within minutes of each other.

The incidents happened in the Bronx and in Brooklyn.

Officials say the Bronx fire started on the second floor at around 10:20 p.m., as flames engulfed an apartment unit.

Video footage shows emergency vehicles lining the street in front of the apartment on Rochambeau Avenue.

Firefighters put out the fire, but found 76-year-old Milton Barnes unconscious inside the apartment. Officials say he has severe fire exposure.

Just a few minutes before, another deadly fire broke out on Rochester Avenue in Brooklyn.

Firefighters found a 54-year-old woman unconscious inside the home. She was pronounced dead at the hospital.

Investigators believe the fire in the Bronx was possibly sparked by a space heater. The cause of the Brooklyn fire is still under investigation.