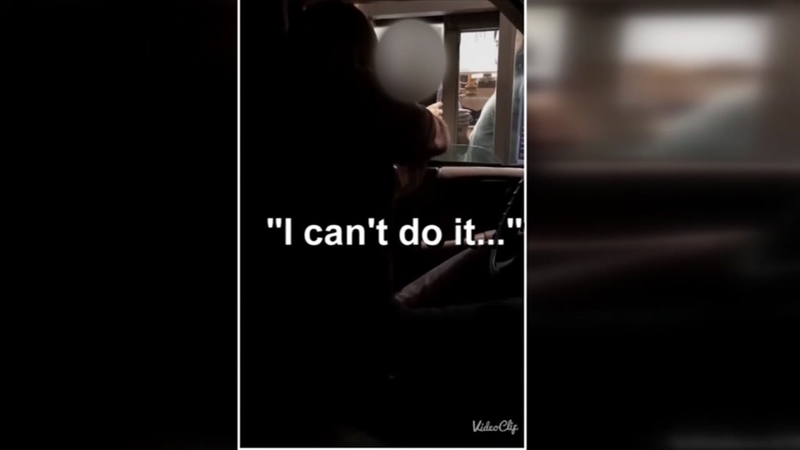 KETTERING, Ohio -- A deaf man tries to order Taco Bell but instead had the police called on him.

"No, we can't do that," a worker replies to his request for an order. And slams the drive-thru window on him.

Brandon's girlfriend captured video of the exchange and his mother posted it on her Facebook page, where it went viral.

"He's had to work extra hard, harder than everyone else to prove himself, that's he's smart and that he can do everything," said Becky Burch, Brandon's mother. "So, just something easy as going through a drive-thru to get food and they're like no, he just didn't understand."

Because he is deaf, Brandon Burch typically drives straight to the payment window to show his order on his phone. But on this occasion, the Taco Bell worker refused Brandon service, saying it was against company policy.

"Do you want me to call the police? Because we can't take it, and you're also not allowed to record me," the worker said.

"It was like they were mocking me, making fun of me. And there was even a gentleman in the back giving peace signs," Brandon said, with his mother acting as an interpreter.

Eventually, the worker did call the police, but when officers arrived, they told the clerk that Brandon was in the right -- and even offered to get food for him.

That employee has since been fired.

Taco Bell said the rest of its workers at that restaurant are being retrained.