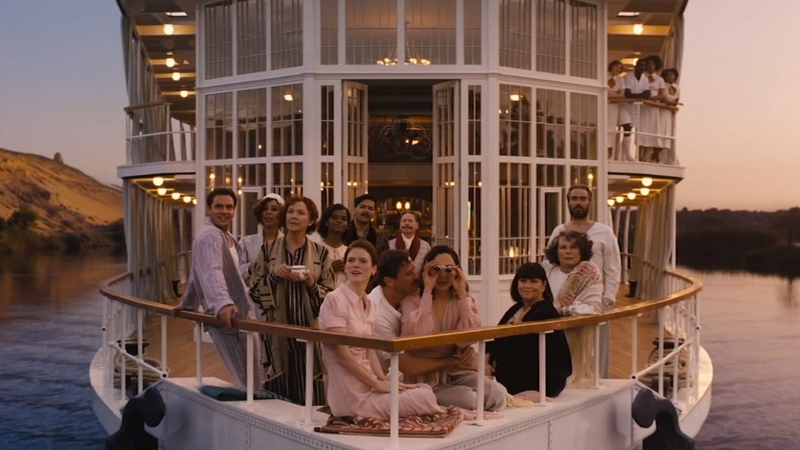 'Death on the Nile' a worthy update to classic whodunit

A new movie opening this weekend offers no shortage of suspects after a "Death on the Nile," a new take on the classic murder mystery by Agatha Christie.

It was filmed before, back in 1978, but since then, a revolution in technology has occurred.

Computer generated imagery -- or CGI -- has long been used for science fiction and superheroes, but one of its benefits has also been bringing bygone eras back to life.

CGI has a way of making history come alive, and this new movie set back in the 1930s puts the technology to good use.

"Tick, Tick...Boom!" starring Andrew Garfield, is the first movie directed by Lin-Manuel Miranda, and he has called it a very personal project. Sandy Kenyon has the full story.

The movie is called "Death on the Nile, so it's quite wonderful to see the real and virtual worlds of Egypt merge in such stunning fashion.

The mystery dates back to 1937, but director Kenneth Branagh has managed to breathe new life into it by guiding a cast of distinctive actors -- including himself as the famous Detective Hercule Poirot:

This is a darker take on his character, as we're more aware of his demons, and that makes him more interesting.

The movie begins with a couple passionately enamored of each other, but the playboy switches his affection to her friend, played by Gal Gadot.

They marry and take their friends along on their honeymoon, but his ex decides to crash the party. And this is all before passengers start getting killed.

Much of this we have seen before, but the production design makes "Death on the Nile" seem new. Call this a worthy update to a classic whodunit, if you like this sort of thing.

"Death on the Nile" will appeal to an older crowd, and as such, it provides an interesting test to see if adults are willing to return to theaters.

Denzel Washington, who has been nominated nine times and won twice for "Glory" and "Training Day." Sandy Kenyon has more.

"Spider-Man: No Way Home" showed that young people were ready to go to the movies again, but their parents have been much more reluctant.

Will this movie, with its stellar cast, be sufficient to draw them back? We'll know by Monday morning.