Delaware teen with disabilities inspires opening of playground for kids 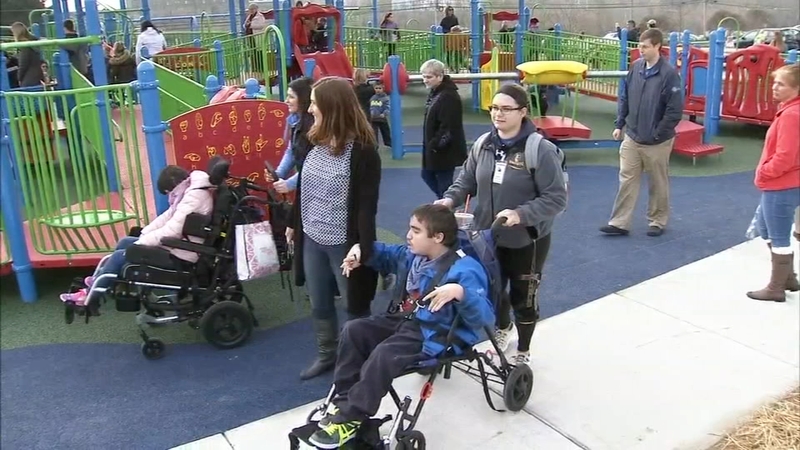 NEWARK, Delaware -- Preston's Playground, which was inspired by a very brave boy and his mom on a mission to make sure every child has a safe place to play, held its grand opening Monday in Newark, Delaware.

It's the city's first all-inclusive playground with safe, adaptive equipment for all abilities.

The playground is named after Preston Buenaga, a Wilmington teenager who has mitochondrial disease.

His mom, Deb, was inspired to created this playground when she saw a similar one in Virginia.

"It took a whole village to get us here," she said, "It's incredible, just the smiles, it's amazing. And the most important thing is it's not just for one person, it's for everybody."

The city of Newark provided the 6,000-square foot space at the bottom of the Newark Reservoir and oversaw the construction and assembly. They also contributed $130,000.

"It's great to see that they have kids with special needs," Wilmington resident Jennifer Davis said. "I have two children, and they love to be outside and play and have fun."

If Preston looks familiar, seven years ago the Buenagas started a non-profit to build custom bikes for children for all types of disabilities, so that every kid had a chance to ride.

And now, they've opened a playground with the same goal.