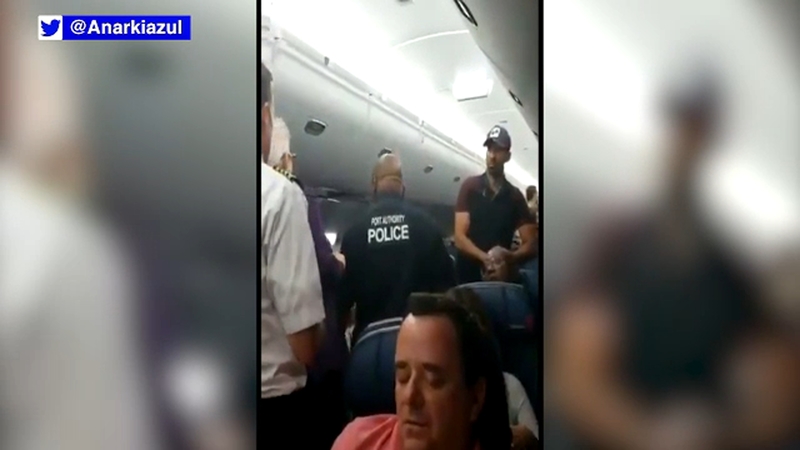 Fight breaks out among passengers stuck for hours on JFK tarmac

NEW YORK (WABC) -- A delay on the tarmac at JFK Airport led to rising tensions onboard a Delta flight to Miami.

Video shows Port Authority police officers boarding the plane after it sat on the runway for more than six hours.

A fight broke out during that time, prompting one crew member to come over the intercom to announce the situation was not safe for passengers or the crew.

Some passengers say they were not offered water for at least two hours and were never offered food, but Delta says that is not true.

The flight, which was supposed to leave around 4 p.m. Thursday, took off shortly before midnight.

Delta confirmed the delay and said it was due to weather in both Miami and New York.