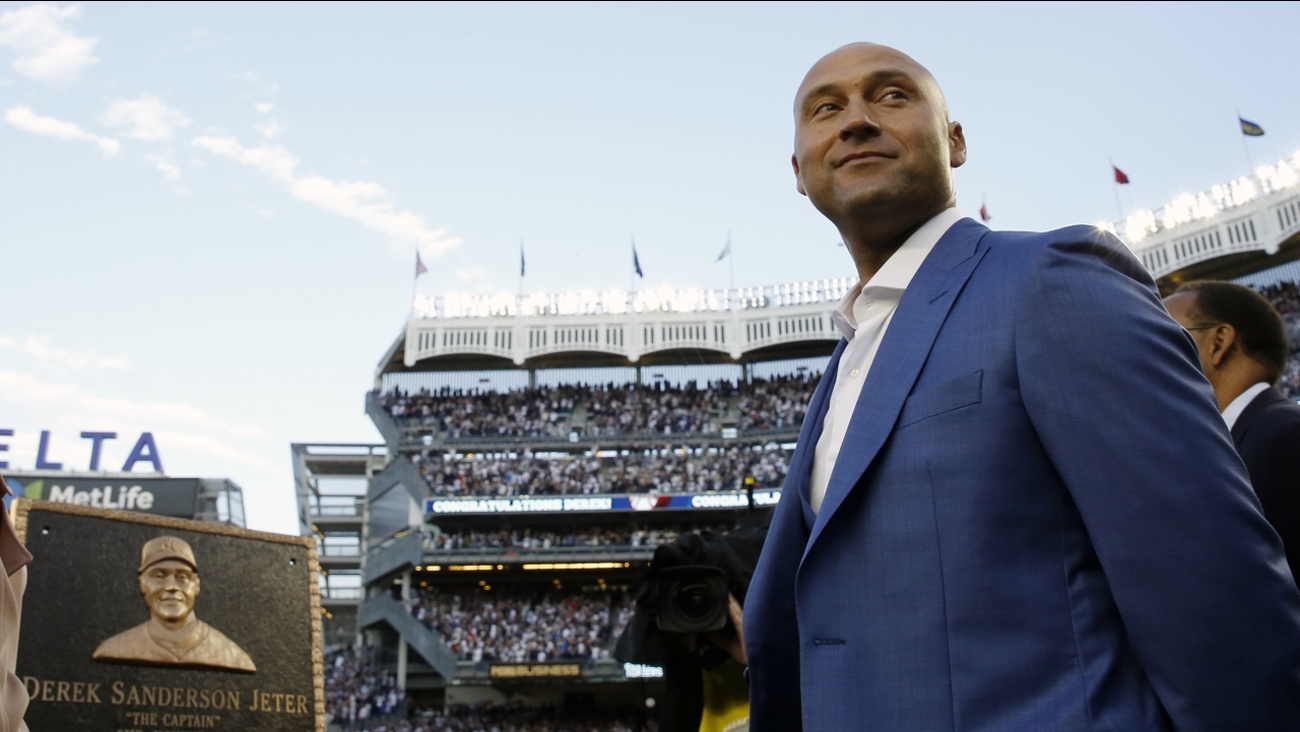 NEW YORK -- Derek Jeter's No. 2 has been retired by the New York Yankees, who dedicated a plaque in his honor that will be placed in Monument Park behind center field.

Jeter captained the Yankees during much of a 20-year career that ended in 2014 and included five World Series titles and a New York-record 3,465 hits.

CeFaan Kim was live outside Yankee Stadium before the ceremony started:

He is the 22nd player to have his number retired by New York, by far the most among major league teams, and he was the last to wear a single-digit number.

Jeter picked Mother's Day for the ceremony, and his grandmother, parents, sister, nephew and pregnant wife joined him at Yankee Stadium on Sunday.