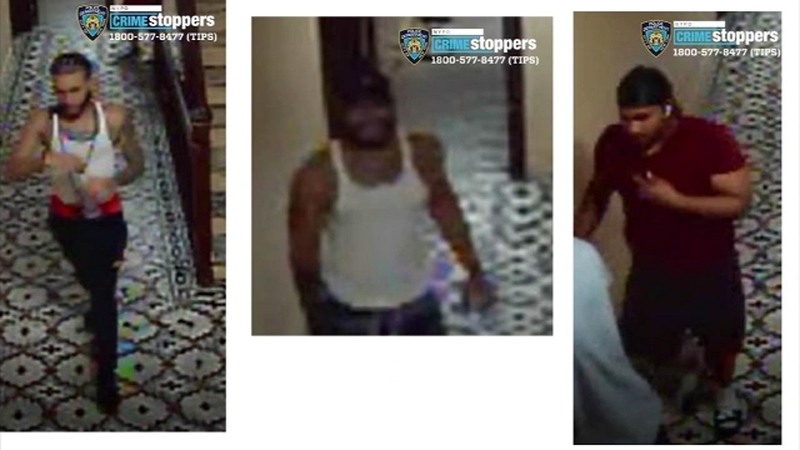 FORDHAM, Bronx (WABC) -- Detectives are hoping to capture a crew of busy burglars in the Bronx. They say the four men have been breaking into businesses since June, ripping off store after store.

The men were seen in surveillance video breaking into and trashing a salon.

"To go in through the ceiling, breaking holes in walls - this is organized crime for me," said salon employee Maria Espino.

The men came in from the roof and busted through the walls to the deli next door, which had to close due to theft - and the suspects didn't stop there. Police now say they have hit 10 locations across the Bronx.

Edwin Hermenos says the men broke into his deli on University Avenue through the wall in the kitchen after hitting the tax and check cashing place next door, cutting holes in the ceiling and vandalizing the store, much like the mess left in the salon. The damage cost him more than $20,000 in repairs.

"There was holes in the ceilings, the back - all the shelves destroyed in the floor, merchandise, destroyed the ATM," said deli worker Christian Smith.

The men also broke into the ATM, taking more than $8,000 inside.

"It was devastating. We found a mess everywhere in the store," Smith added.

Anyone with information on the suspects is urged to call police, so they can bring the five-month burglary spree to an end.