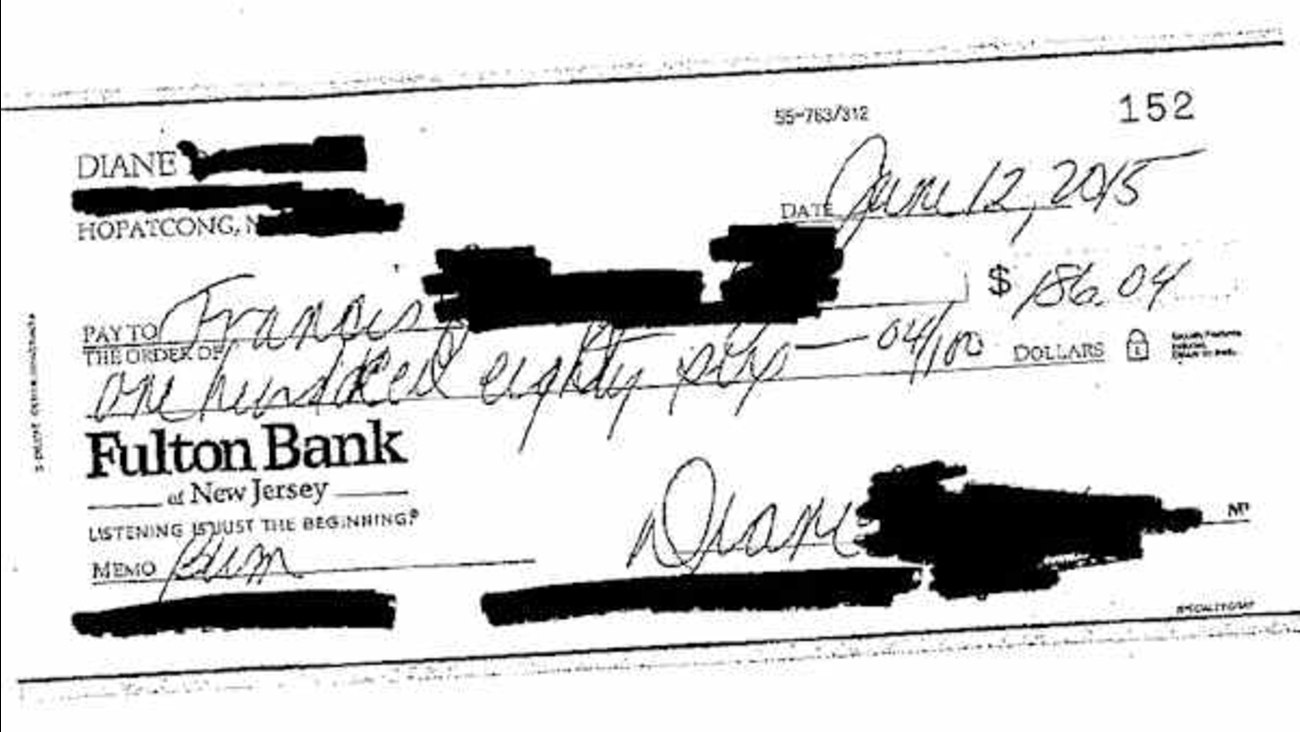 MORRISTOWN -- A New Jersey man is suing his ex-wife, accusing her of harassing him by writing perceived insults like "bum" and "loser" on weekly alimony checks to him.

An attorney for 61-year-old Francis Wagner filed the suit last week against 57-year-old Diane Wagner, contending his client has suffered emotional distress and that the memo line notes in the weekly $186 checks have intensified his health problems.

Diane Wagner, who is undergoing treatment for cancer, says she pays $744 a month to her ex-husband and that she can write anything she wants because it's a note to herself. She also says she pays him religiously.

The lawsuit is seeking unspecified compensation for emotional distress.

Diane Wagner said she was faithfully mailing the checks and felt humiliated when a friend this past spring alerted her to postings on a Facebook page maintained by the law firm representing her husband.

The posting, dated March 11, included a copy of one of Diane Wagner's checks to Francis Wagner, and the memo line reads "Alimony/adult child support."

The suit also alleges that a bank error in the spring resulted in a $5,000 deposit by Francis Wagner being accidentally placed in a joint account with his ex-wife. The lawsuit contends that Diane Wagner learned of the accidental deposit and withdrew the money, but she insists she did nothing wrong.
Related topics:
societymorristown
Copyright © 2022 by The Associated Press. All Rights Reserved.
TOP STORIES
Search for gunman who randomly fatally shot man on Q train
Mayor declares state of emergency in NYC over baby formula shortage
Something strange is happening with our universe: NASA
Live | After the Massacre
AccuWeather: Sun and clouds, breezy and cooler
Man charged in 'execution-style' murder under Major Deegan Expressway
Russian sentenced to life in Ukraine's 1st war crimes trial
Show More
Body of teen who disappeared while swimming in NJ reservoir found
3 people killed in crash near catering hall on Long Island
NYPD searching for man behind Harlem stabbing
Buffalo mass shooting victims laid to rest one week after tragedy
Israeli flags fill Upper East Side for 'Celebrate Israel' Parade
More TOP STORIES News