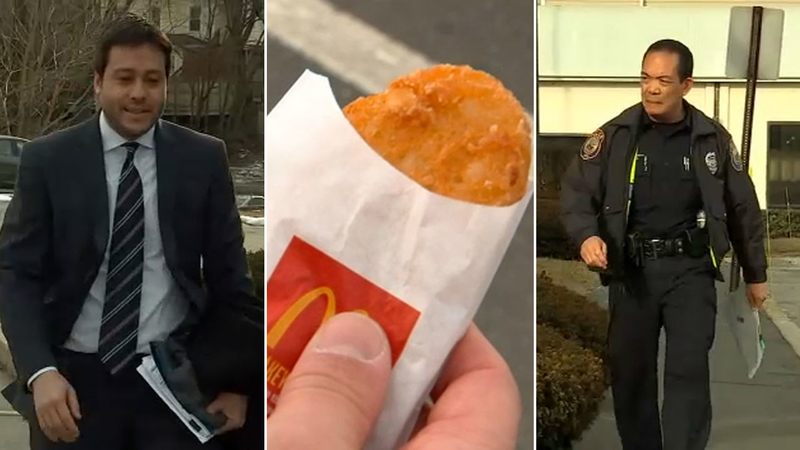 NORWALK, Connecticut (WABC) -- A Connecticut man is fighting a ticket for distracted driving after he says the police officer confused his hash brown patty for a cellphone.

Jason Stiber was cited last April on Post Road. He stopped at McDonald's on his way to work and says he was eating a hash brown that was mistaken for a cellphone.

In court on Friday, Cpl. Shawn Wong Won testified he saw Stiber holding a black cellphone with the screen illuminated and his mouth was moving.

But Stiber said he was eating and holding the hash brown by its white wrapping.

"I don't blame the cop for misinterpreting what he thought he saw, but the fact of the matter is there was no cellphone use and we have cellphone records to establish that fact," defense attorney John Thygerson said.

"I have had a boatload of clients who have decided to fight the hard fight because they feel a right, rather than take the path of least resistance and just pay the small fine," Thygerson said.

In the end, no decision has been reached. The judge will now hash things out and dial up a verdict on or before April 5.