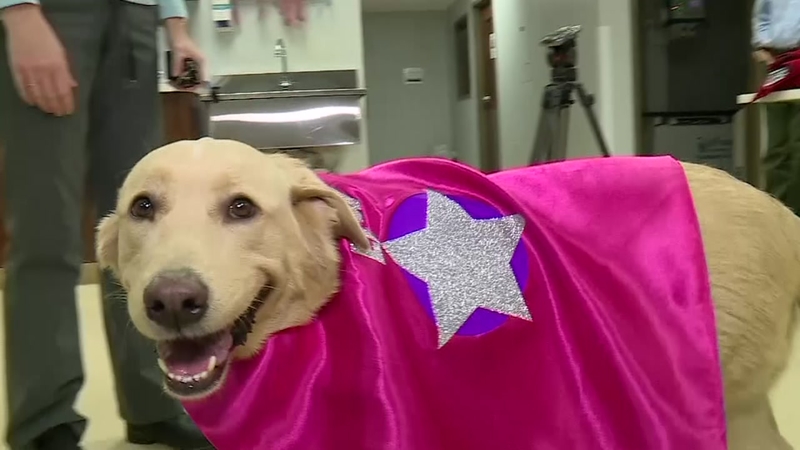 Vets save dog by giving her a kidney transplant donated by one of her puppies.

ST. LOUIS, Missouri -- One dog in Missouri got a second chance thanks to her owner and one of her own puppies.

A dog named Star arrived at Murphy Animal Hospital, where doctors say she was experiencing advanced kidney failure and seizures.

Like humans, dogs may eventually require transplants. But there's no waiting list or network to find donors.

After several weeks of medical care Star, bounced back and was doing okay, until this summer.

Tests showed Star's kidneys were failing, and she needed an immediate solution.

Her family was running out of options, so they called the owners of one of her puppies to see if they'd be willing to help.

Elsa, Star's daughter, had been adopted by the Murray family. Jenny Murray and Dr. Shannon Flegle, Star's veterinarian, had extensive conversation about the operation and what they thought would be best for the mom and pup.

Murray discussed it with her family and said, "This is Elsa's chance to save her mom, so she's a hero!"

On Oct. 10th, surgeons at the University of Wisconsin-Madison performed the rare transplant surgery on the mother and daughter.

Both dogs are back home recovering.