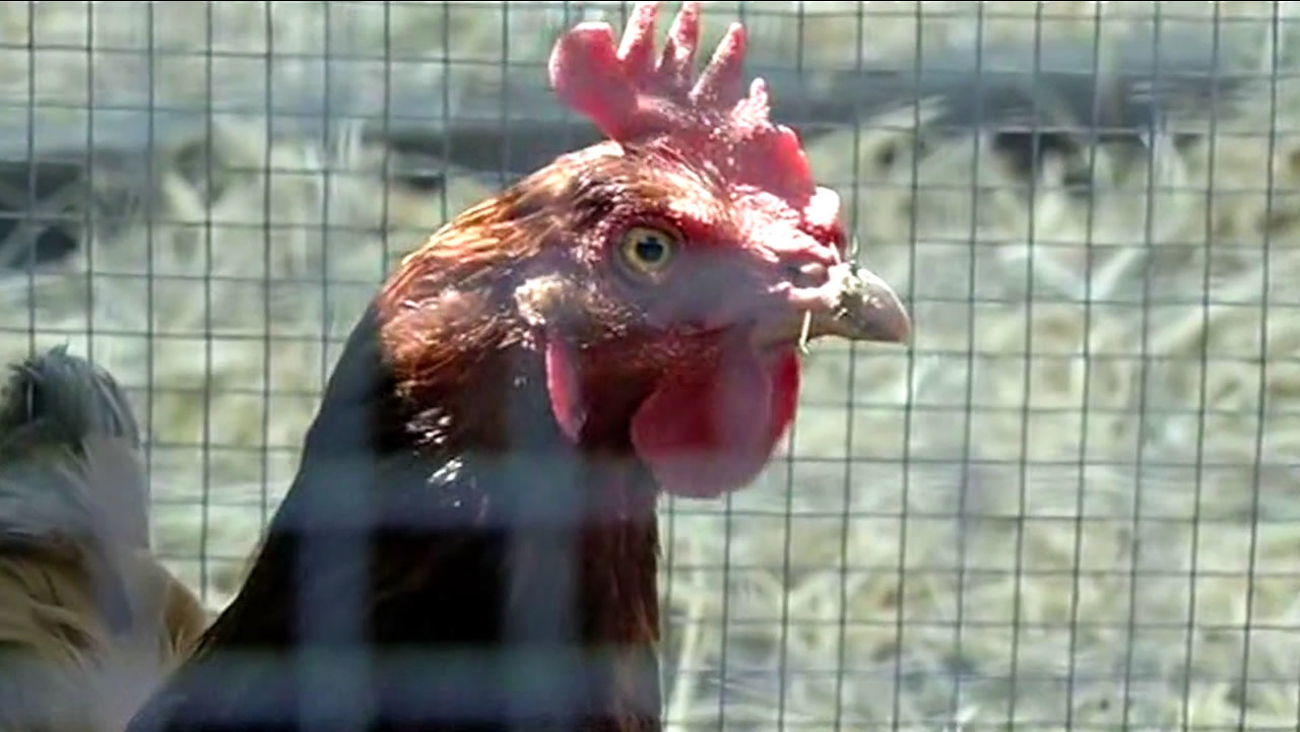 Chip was rescued from rush hour traffic on the Bay Bridge on Wednesday, September 2, 2015. (KGO-TV)

OAKLAND, Calif -- There's a fierce custody battle over the felonious fowl that played chicken with commuters on the Bay Bridge Wednesday.

The felonious fowl that was captured on I-80 near the @BayBridgeInfo Toll Plaza this morning. #CantMakeThisStuffUp pic.twitter.com/aTVenJRiE7

@LarryBeilABC7 I bet you didn't know I could watch the 4pm news from my cell either. #nocable

Three people claim to own the bird, now named Chip after the CHP officers who rescued her from rush hour traffic on the bridge.

Solution! Put those 3 people in the Bay Bridge parking lot, equally spaced apart. Put me in the middle. I choose my fate. #runfreeeeeee

Chip is hanging out at the Oakland Animal Shelter for now.

Officials are waiting for photographic proof from the bird's rightful owner before releasing her.

Admit it... Your commute was pretty boring without me.

Traffic is so slow, they can't hit me! https://t.co/Q4iOaj8UFc

Day 2 in captivity. The cat across the room continues to stare at me and licking his lips. #sendhelp #nolongerfreerange

Day 3 of captivity. I'm sitting on a fake egg to appease these humans. #iknowthisisntreal #wherestheoneilaid