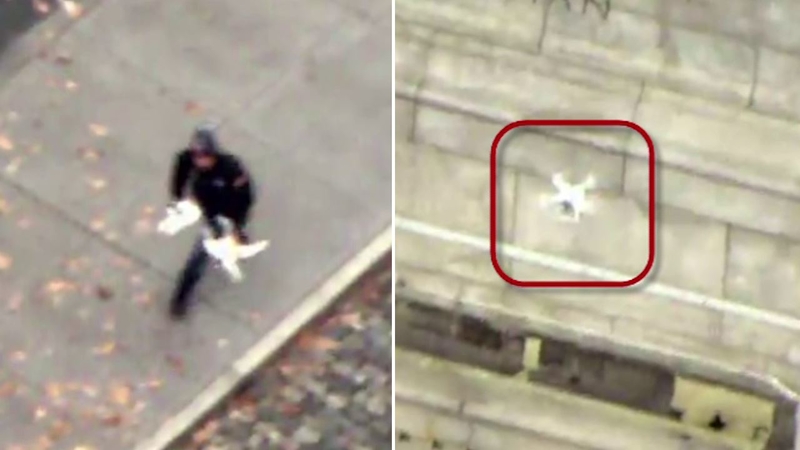 UPPER WEST SIDE, Manahattan (WABC) -- A drone operator was cited after his drone was spotted flying over the Macy's Thanksgiving Day Parade in Manhattan Thursday morning.

The operator was found quickly after the drone flew over West 81st Street and Central Park West at around 10:30 a.m.

Police quickly located the operator, who they say is a 41-year-old, was issued a summons to appear in court. He was charged with flying a drone, which is an administrative violation.

Officers said the man had his 14-year-old son with him.

The drone was confiscated by police, but later returned after concluding there was no nefarious intent.

Here is video of some images released by the NYPD: