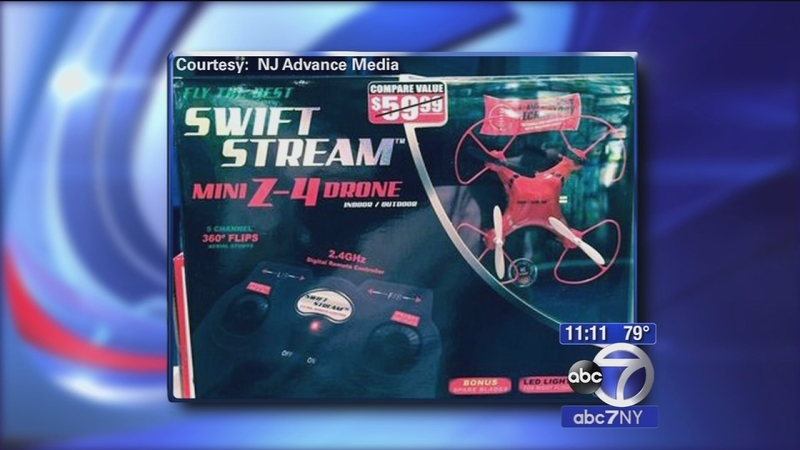 Why were drones being sold at area airports?

The Port Authority of New York and New Jersey said it will demand the stores stop selling drones "immediately."

"The Port Authority shares the aviation community's safety concerns about the growing presence of drones around the region's airports and is strongly opposed to the sale of drones at terminal shops," Ron Marsico, a Port Authority spokesman, said in a statement.

Brookstone, on the secure side of Terminal C, and Hudson News, in Terminal A, sell remote-controlled flying objects, NJ.com reported Wednesday.

The Federal Aviation Administration said last week that drones had been spotted 650 times this year as of Aug. 9, compared with 238 sightings for all of 2014. The agency is now proposing to further restrict drone flying, including a 400-foot maximum altitude.

Laura Samuels, a spokeswoman for the Hudson Group, Hudson News' parent company, said Tuesday the items were toys and did not threaten aviation. She said they would be removed from the Terminal A store.

"We're not here to cause panic in the streets," she said. "If it is uncomfortable for customers or the airport, we will do what we always do in that situation, and that's remove them. And that's what I'm going to recommend we do."

It was unclear whether there were any limits on the sale of drones at an airport.