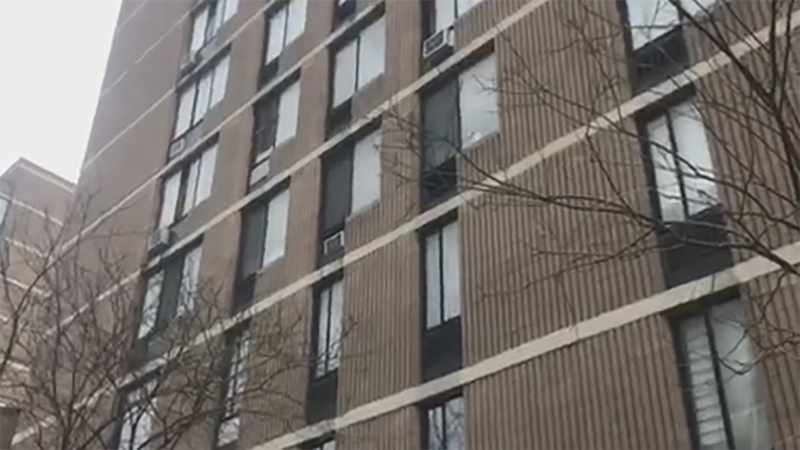 EAST HARLEM, Manhattan (WABC) -- A daughter's worst fears were realized on Easter morning when she found her parents dead inside their apartment - the apparent victims of carbon monoxide poisoning.

When Rita's parents did not answer their home phone, she knew something was wrong, and rushed to Jadoris and John Crawford's apartment at River Crossing.

"I pushed open the door, smelled all of this gas, and my wife started screaming," said Garry McFadden.

Rita and Garry ran to the back bedroom and found the Crawford's dead. John was lying on the bed. Garry considers the Crawfords family.

A family's awful discovery. The victims would have been in church. Couple in 80's found dead in apt. Stove on, high levels of CO. @ABC7NY pic.twitter.com/xBUVwQ6tfv

"His face was pushed in from him laying on it all night, and his arms were stiff, my mother in law, I didn't know right away because she always falls sleep in the chair with her head back," he said.

FDNY Deputy Chief James Coyne said the oven was on, but there was no food in there. It is still not clear why carbon monoxide filled the apartment.

Linda Llanos, who lives on the ninth floor says her dual smoke and carbon monoxide detector went off twice.

"I messed with it, checked my stove, opened the doorway, didn't hear anyone else's alarm going off," she said.

Jadoris was 71, and John was 80. They lived on the sprawling complex on First Avenue for years.

"I just was with them yesterday, about 5:00 before I went upstairs - hanging out, talking, dancing, laughing," says neighbor Harold Atkinson.

The couple belongs to East Ward Baptist Church just up the block.

"They were very active, both of them positive in the community, let alone involved in this church," said Rev. Sean Gardner.

For now, Rita finds some comfort in her faith.