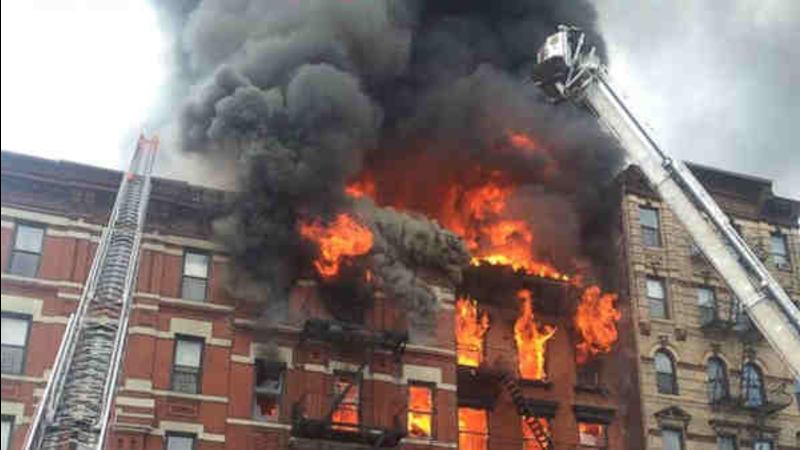 EAST VILLAGE, Manhattan (WABC) -- All three defendants were found guilty in the manslaughter trial stemming from the deadly 2015 gas explosion in the East Village.

The building owner, 59-year-old Maria Hrynenko, of Rockland; an unlicensed plumber, 63-year-old Athanasios Ioannidis, of Queens; and the general contractor, 44-year-old Dilber Kukic, of the Bronx were convicted for rigging an illegal gas line at the building on Second Avenue at 7th Street. Two people died and 13 were injured in the fiery blast.

All three defendants were found guilty of all charges on Friday -- including manslaughter, assault and other charges.
"Unbeknownst to the people who were walking down the street, driving down the street, there was a virtual bomb lurking under the East Village," Assistant District Attorney Randolph Clarke said in his opening statement.
In all, three buildings collapsed and a fourth building was seriously damaged.

Locon Yac's brother had also testified.
"They called and said the bodies had never been found," he told jurors. "When we went to the area to see where my brother's body was, they told us we wouldn't recognize him."

"This is a big win for public safety in New York," said District Attorney Cy Vance. "As construction and development continues to boom, today's guilty verdict puts property owners, contractors, and managers on notice: my Office will pursue criminal charges against those who place expediency and financial gain over life and limb. I thank the jury and the tireless prosecutors in our storied Rackets Bureau for holding these defendants accountable for the tragic and preventable losses of Moises Locon and Nicholas Figueroa. I also want to thank the Figueroa and Locon families, who demonstrated remarkable strength and resilience through the duration of this trial. While today's result will not bring these young New Yorkers back, I hope the Figeuroa and Locon families take a measure of comfort in knowing that this case will change the way that landlords and contractors do business in New York."