91-year-old grandmother in Manhattan hospice scammed out of $9K 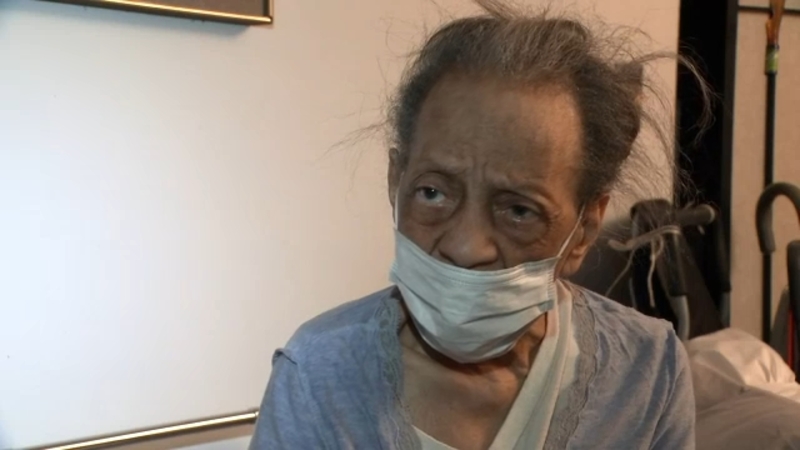 Grandmother in Manhattan hospice scammed out of $9K

EAST VILLAGE, Manhattan (WABC) -- A 91-year-old grandmother in hospice care and her niece are speaking out after becoming the victims of a heartless scam.

As her family tried to surround her with comfort and love, some heartless con artists robbed the dying woman of $9,000 Monday.

"I think they're scum of the earth," Thorpe said. "How could you do that to anyone?"

Thorpe fell victim to a phone scam. She says someone claiming to be her 25-year-old grandson, Jordan, pleaded for bail money from a drunk driving accident.

"Oh no, I got real nervous," Thorpe's niece, Patricia Hedgepeth, said. "This is a kid that wants to go to medical school."

As if being cautious of already existing scams wasn't enough. Now, there are new scams going around targeting those who have received their dose of the COVID-19 vaccine.

Hedgepeth flew in last month to take care of Thorpe, but she was out getting groceries when the fake call first came in.

By the time she returned, she, too, was convinced the grandson was in trouble. So Hedgepeth raced to the bank, where she waited for a woman posing as a marshal to take the money.

Worse yet, Hedgepeth says the crook even faked compassion when she told the so-called marshal how sick the grandmother was.

The victims were assured Jordan would call in half an hour after he was released.

Except Jordan never called, because it was all fake. By the time victims realized and reached out to him, they found out he had been at work all day.

This particular scam on the elderly has happened across the country. The fraudsters usually ask for gift cards, but in this case, they got the whole bundle in cash.

Police are now investigating. They told Eyewitness News an exterior camera may have gotten a photo of the heartless crook.

Meanwhile, Thorpe's last few days are no longer filled with peace, but remorse and anger that she was so terribly cheated of what little she had left.

"I worked hard for that money," she said. "I was in the Army. I worked 33 years. I don't understand how people could be so low."