WABC
By Steve J. Livingstone
NEW YORK (WABC) -- A mother from Long Island battling cancer and student loan debt tried to turn to Uncle Sam for help after she heard about a relief program aimed at helping people with cancer pay for college -- the only problem was applications for the program don't exist.

The law was a break for those undergoing chemotherapy, radiation, and other treatments to fight cancer. Except Kimberly Trueman says no one knew about it, not even the agents in charge of rolling it out. Now its federal program has been stuck in neutral for seven months.

Trueman is a wife, a mom to an active toddler and a full-time estate lawyer. But in March, after supporting breast cancer awareness in a local walk, the 31-year-old's world was rocked when she found out she had stage 2 breast cancer.

"It will be about a year; 5 months of chemo, followed by surgery," Trueman said.

Then radiation and hopefully remission. She already cut her hours at work and was hoping to put her staggering six-figure loan payments for law school on hold

Then last September, a lifeline emerged. President Trump signed a stop-gap spending bill to avoid a shutdown. But tucked away on page 108 was an amendment to the Higher Education Act, allowing cancer patients to defer student loan payments up to 6 months after undergoing treatment.

"This law was enacted to help people with cancer," said Trueman. "People who are really struggling with so many things."

But when she tried to apply for the student loan debt deferment online, she couldn't. Her loan servicing company told her it never got the forms from the United States Department of Education.

"It's just crazy to me," said Trueman.

And when she called the feds, she said no one at the U.S. Department of Education had a clue.

"It makes us feel we are not important enough to give us the rights that we have," said Trueman.

So she called 7 On Your Side and we contacted the U.S. Department of Education. Now, Trueman's loan servicers will suspend her loan payments and she won't have to pay interest.

A rep said the program's roll-out had been delayed. The feds are trying to work with nine loan servicing companies to get the program up and running.

"I don't think they would have done this if I hadn't got you involved, I'm really grateful to get this done," Trueman said.

A rep for the U.S. Department of Education said she expects this program to be fully operational by the middle of July.

Once the plan is started, the DOE says it will add more detailed information to its Studentaid.gov website.

Email 7OnYourSideNina@abc.com, or contact Nina on her Facebook page or tweet her at Twitter @7OnYourSideNY! You can also call the 7 On Your Side Hotline at 917-260-7697 or fill out the form below.
Report a correction or typo
Related topics:
educationhealth7 on your sidestudent loanscancer
Copyright © 2020 WABC-TV. All Rights Reserved.
7 ON YOUR SIDE

How to avoid buying a used car that's a rebuilt wreck

Don't fall for these coronavirus-related scams

Protect yourself from tax season scams 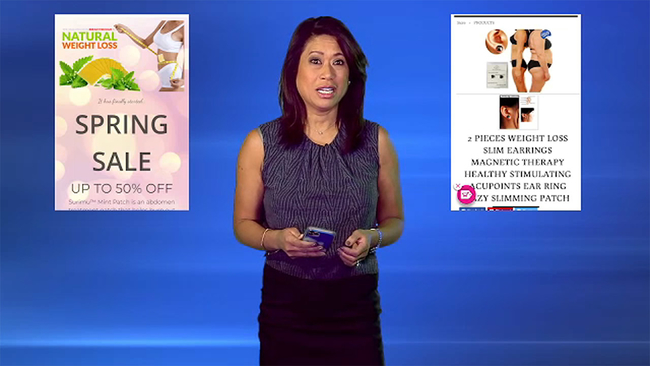