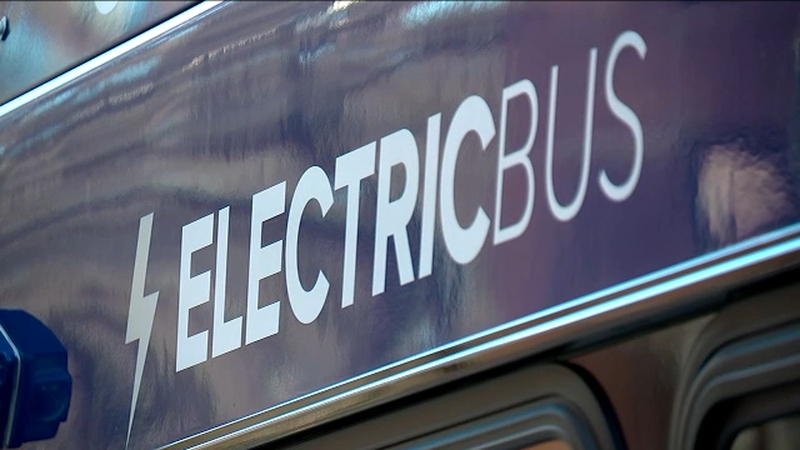 NEW YORK (WABC) -- The MTA announced Wednesday the start of a new pilot program to bring all-electric articulated buses to the M60 Select Bus Service with service to LaGuardia Airport.

The electric bus will go crosstown on 125th Street and into Queens to the airport, with officials saying the fleet was launched based on the success of electric buses on the M14 Select Bus Service route.

"Starting today, the M60 will not only be the quickest way to get to LaGuardia Airport, but also the most sustainable," said Craig Cipriano, acting president of MTA Bus Co.

The M60 Select Bus Service is one of the network's longest routes, and officials say using modernized buses with zero-emissions technology will deliver environmental benefits for New Yorkers beyond the carbon emissions savings from taking public transit over using a personal vehicle.

Officials say the MTA removes 17 million metric tons of carbon emissions from the air per year by providing public transit services as an alternative to personal vehicle use, and that an all-electric bus fleet would further reduce New Yorkers' carbon footprint.

They say all-electric propulsion technology also results in quieter operations in addition to the benefits of zero tail-pipe emissions, which make it ideal for operating vehicles in densely populated areas such as New York City.

The MTA says it plans to make even more bus routes electric, with the goal of having an entirely electric fleet by 2040.