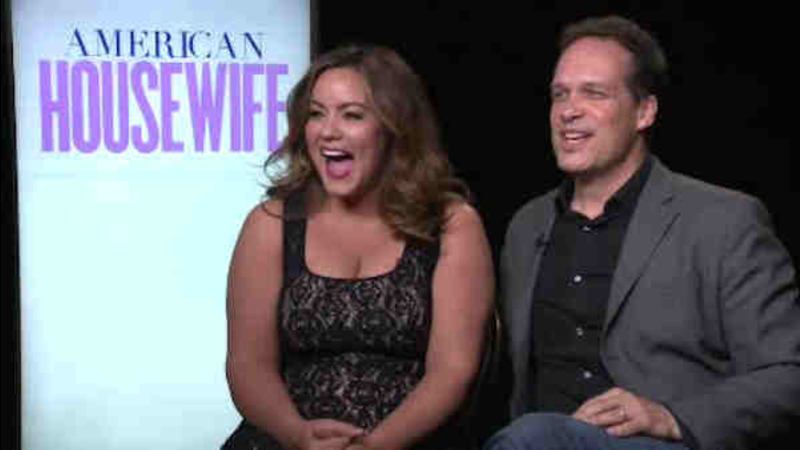 NEW YORK (WABC) -- Katy Mixon spent half a dozen seasons playing the sister to Melissa McCarthy's character on the television show "Mike and Molly" and appeared on "Eastbound and Down" before that.

On her new ABC series, she goes from sidekick to star. She is an "American Housewife" named Katie Otto, in a show of the same name.

"She's trying very hard to own who she is, to march to the beat of her own drum," said Mixon of her character. "In the midst, she's got true insecurities."

The sitcom is filmed in Hollywood, but Mixon's co-star Diedrich Baeder, who plays her husband, has spent plenty of time in real life in Westport, Conn., where the series is set.

"My wife is from Westport, and so my mother-in-law is still there," he said. "She's given me lots of advice about the show."

The show is one of the network's comedies grouped under a common banner:

"I feel they're on the leader board of having a little bit of everything and a little something for everyone," said Mixon's co-star Carly Hughes.

Hughes traded the bright lights of Broadway for Hollywood and a chance to play one of Otto's friends in a show that says, if you're not perfect, you still have to celebrate yourself.

Mixon is engaged to be married in real life to former Olympic javelin thrower Breaux Greer, and while she has no children of her own, the star grew up as one of seven in Pensacola, Fla.

She said she has plenty of experience taking care of little ones, her younger sisters.