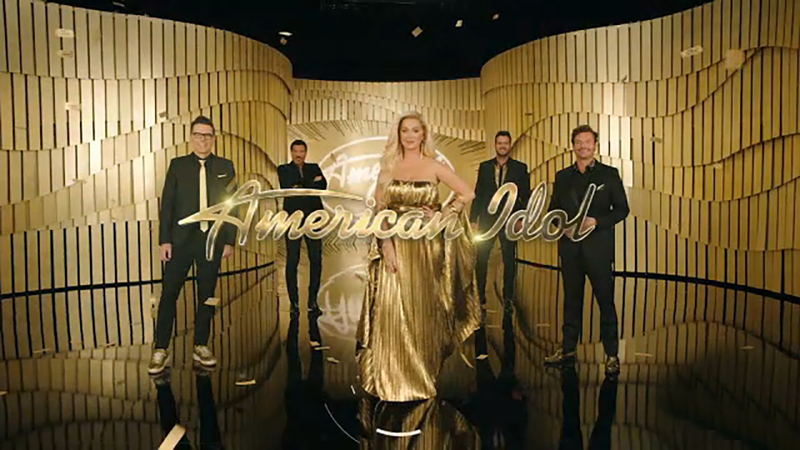 "American Idol" is returning on Sunday evening, and this season is going to be dramatically different from any we've seen before.

The three all-star judges -- Lionel Ritchie, Katy Perry, and Luke Bryan -- are back, and they're hinting we may even see some of the contestants from last season again.

Idol has already caused a sensation on social media, and the season hasn't even started yet.

Conway is the daughter of former President Donald Trump's controversial former Senior Counselor Kellyanne Conway. The teen has 1.7 million followers on TikTok, but she insists auditioning for Idol is not a publicity stunt.

She is just one of a record number of applicants this season, because, as Perry explains, the process was streamlined.

"All you had to do was click to your dreams," she said.

"We hope that it may motivate somebody to try out that may not have necessarily tried out in a normal year," he said.

Fans will recall the last season of Idol aired during the early months of the pandemic, with host Ryan Seacrest and the judges in different locations. But this time, the entire team is back in one place.

"We've all been through so much, and we're wanting normalcy," Seacrest said. "We want some of those things we're used to, and 'American Idol' is a showcase for talent, and you're going to see that this season."