The Notorious B.I.G.'s birthday brings word of a street in his name 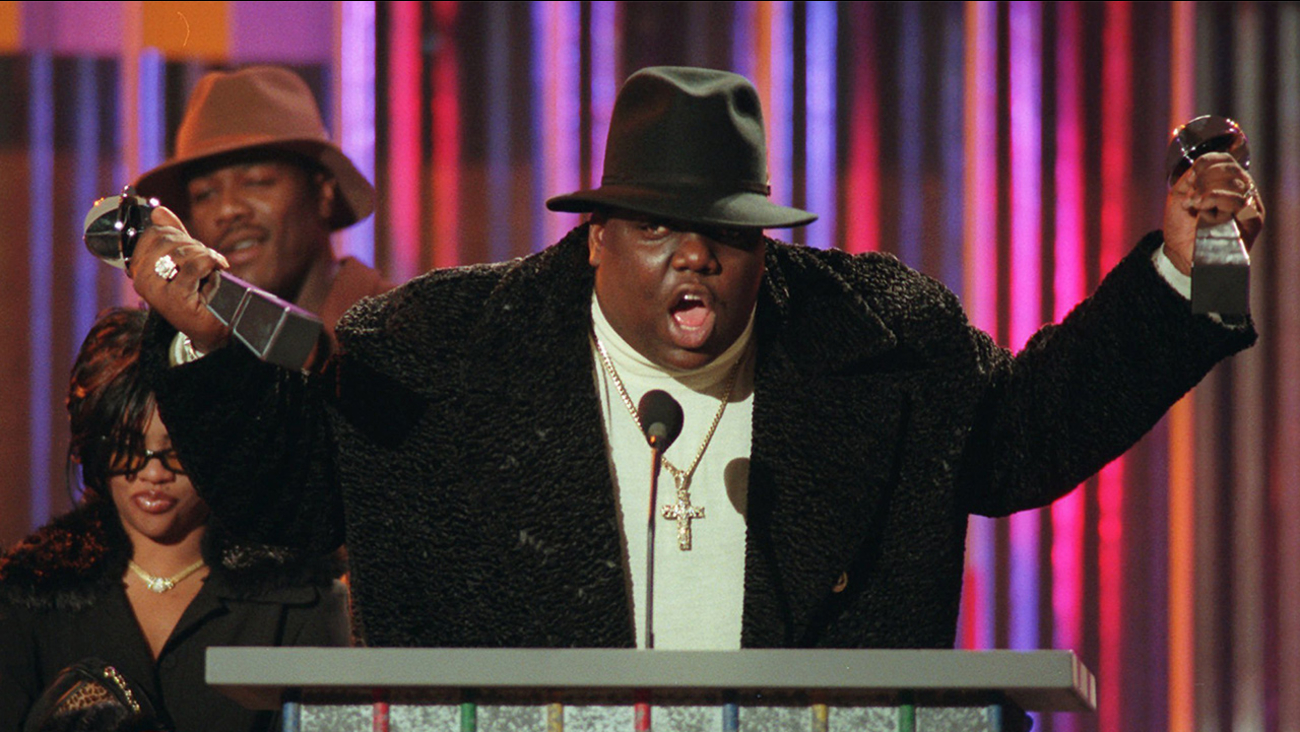 FILE - IThe Notorious B.I.G., who won rap artist and rap single of the year, clutches his awards at the podium during the Billboard Music Awards in New York (1995). (Mark Lennihan, File)

BROOKLYN (WABC) -- The Notorious B.I.G., who would have celebrated his 47th birthday on Tuesday, will soon have a Brooklyn street named in his honor.

The street naming ceremony will take place on June 10th from 12pm-2pm in Brooklyn, where he lived on St. James Place at the Fulton Street intersection. The new name will be Christopher "Notorious B.I.G." Wallace Way.

Voletta Wallace, his mother, and his children, T'Yanna and Christopher, will be in attendance, along with Brooklyn politicians and a few of his closest celebrity friends.

The Notorious B.I.G. blew up to Hip Hop stardom in the early 90s.

B.I.G. released his critically acclaimed debut album Ready to Die in 1994, which is certified quadruple platinum by the Recording Industry Association of America (RIAA).

He was shot to death while promoting his second album in Los Angeles on March 9, 1997.

The album, renamed titled Life After Death and released weeks later, hit #1 on the Billboard charts and was certified with diamond status in 2000, the highest RIAA certification given to a solo hip-hop album.