Houston girl wows Adele at her own concert 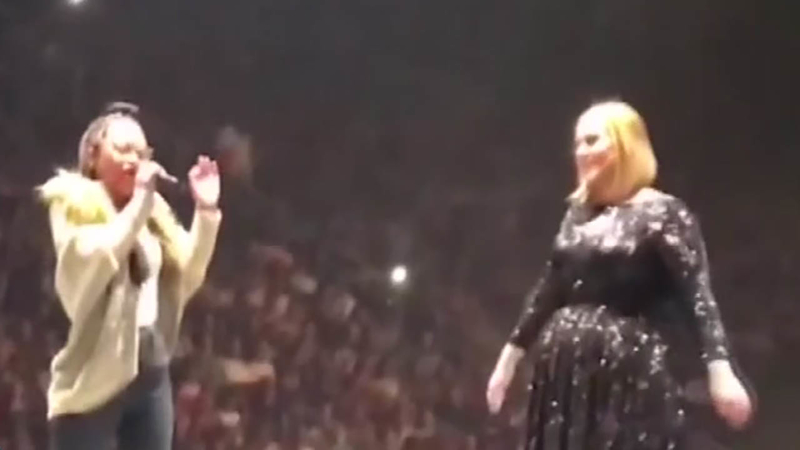 Adele invites Houston teen to sing on stage with her

HOUSTON -- At Adele's concert in Houston last night, a local teen called out to Adele and was invited on stage to sing in front of thousands of people.

Never did 17-year-old Ma'at Bringham imagine she would get to do it next to her idol, British singer Adele.

"I'm still on cloud 9," said the Lamar High School senior. "I feel like it hasn't even registered to me that it happened it was Adele."

It was a surreal moment all caught on video Election Night at Adele's concert.

Adele was making the rounds talking to fans and Bringham shouted to Adele hoping to get her attention.
EMBED More News Videos

"She got to me and something just came over me," she said.

Next thing she knew, she was in front of a sold out crowd at the Toyota Center.

"(Adele) was just so close to me and it was so surreal and she hugged me and she was like alright well you have to sing by yourself," she said.

Local teen performs on stage with Bruce Springsteen in Philadelphia

"I appreciate the opportunity and I love, love, love you," she said.

Bringham hopes to one day get back on stage and sing one of her very own songs.
EMBED More News Videos

A Houston girl wowed the crowd and Adele at her concert

The only regret of the night, she said, was not being able to take a selfie with Adele.