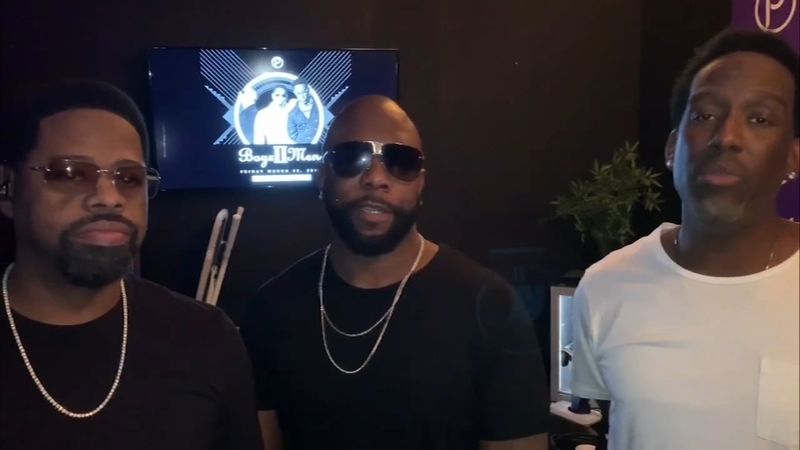 PINE HILL, New Jersey -- When a New Jersey teenager thought of how he could get some help trying to pull off a surprise "promposal," he turned to family. Lucky for him, he's related to one of the members of Philadelphia's own Boyz II Men.

"I was shocked and surprised," said Anjeliah Chido, who is a senior at Overbrook High School in Pine Hill. "I started tearing up. I was like, 'There's no way.'"

Chido couldn't believe her promposal played out on a video screen broadcast to the entire school first period.

"Boyz II Men started talking about prom, and how their nephew Jalen wanted to ask me," she said.

"I wanted to go all out," Jalen Doggett said. "I know she like Boyz II Men, and I knew my dad was going to be out of town with them, so I decided to have them say something to her."

Jalen's dad Craig is related to Nathan Morris and is the personal barber for the group.

"He was just like, 'Dad do you think they can help me out?'" Craig said. "They were like, no problem, and right before they went on stage, they were right quick, 5 minutes."

"I really thank them for this," Jalen said. "It really, really means a lot."

Jalen admits he was supposed to ask Anjeliah earlier in the week, but he couldn't work up the nerves.

"I've never had a promprosal before," Chido said. "This is like the best proposal ever. It's like a dream come true."