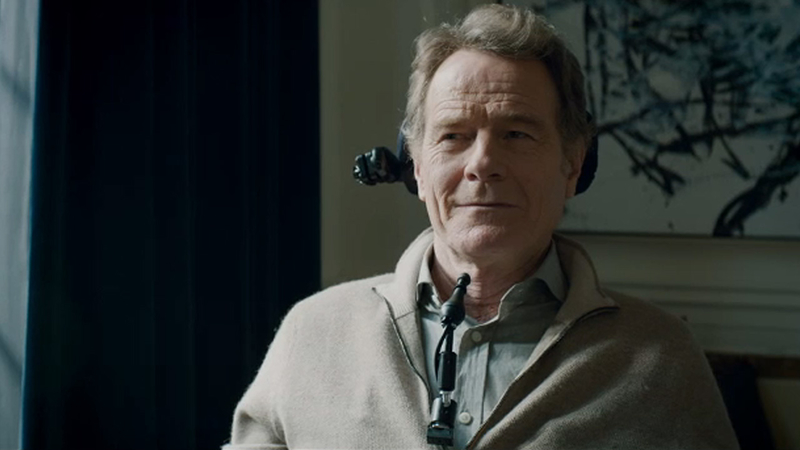 NEW YORK (WABC) -- Kevin Hart was in and then out as host of the Oscars, then it looked like he would do it after all -- but in the end he did not. And almost lost amid all the controversy was the fact Hart has a new movie in theaters called "The Upside."

And however you may feel about Hart's apology for past comments that many found offensive, his new movie is an unexpected pleasure.

"The Upside" represents a departure for him because it's a more serious role for the comic, and he nails it -- though you haven't heard much about that amid all the shouting.

Hart was on the defensive this week, saying he's done apologizing, but that threatened to obscure his fine acting opposite Bryan Cranston and Nicole Kidman in the film.

Cranston plays a billionaire living on Park Avenue who lost the use of his arms and legs in a paragliding accident that left him quadriplegic. Now, he's in need of help.

Enter Dell, played by Hart, who is just out of prison and required to look for work. He goes to the rich guy's apartment to get him to sign a paper for his parole officer and ends up taking the job.

It's a twist on the old idea that opposites attract, and watching them come together slowly -- then surely and at the end, completely -- is a wonder.

The action closely follows the plot of a French film called "The Intouchables," and both films are based on the same real story -- though this one adds the late Queen of Soul, Aretha Franklin, to the mix.

In the end, each learns a lot about life from the other. And though I saw the plot point involving the rich guy's assistant coming from 10 miles away, the ending still left me feeling so good thanks in large measure to the way these two guys set each other free.

Hart, best known for his comedy, shows he can act in a more serious part.

This is a truly unexpected pleasure, because studios generally release their worst movies in January after the holiday blockbusters. It's with great pleasure that I urge you to see "The Upside," because I think you will enjoy it as much as I did.