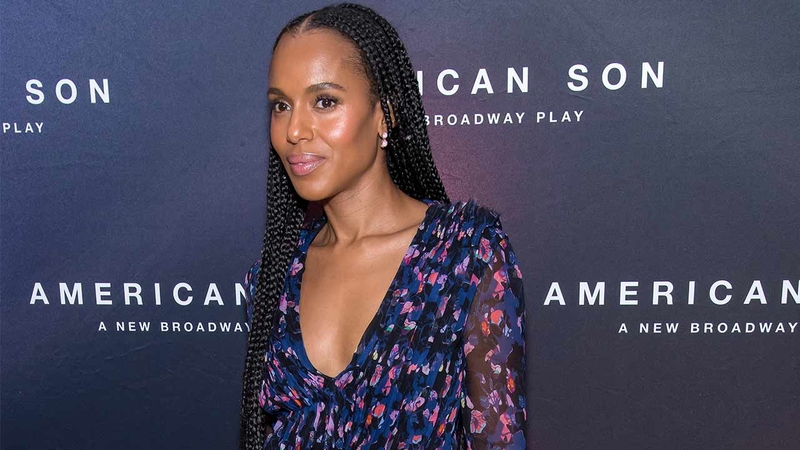 NEW YORK (WABC) -- Fame came to Kerry Washington in a series set in Washington D.C. and filmed in Hollywood, but the star was born and raised in the Bronx.

Washington said long before she dreamed of being on TV, she loved the idea of being onstage, which is just one reason we find her back on Broadway after the finale of "Scandal."

Washington walked away from the White House after seven seasons of the series, earning herself a couple of Emmy nominations.

Now, she could earn Tony recognition for her work onstage in a play she was sent before the show came to an end.

The entire play takes place in a police station and begins with a mother of an "American Son" agonizing over his fate after a confrontation with cops.

"I feel like I am blown away by the complexity of the play and how important it is," Washington said. "And how special it is and how it makes me laugh and makes me weep, and it's just so special."

Her first few minutes on stage alone are worth the price of admission, but what unfolds after a young cop enters followed by her husband makes this the best new play I've seen in many years.

The mother and father wrestle with issues of gender and race, forcing the audience to confront stark truths about life in 21st century America.

"The thing we're all potentially most excited about is the conversation that will happen immediately after the play when the audience leaves," Pasquale said. "It's the kind of evening that will leave you wanting to talk about it."

My wife Eileen and I talked for hours after we saw "American Son" together. Washington's performance is powerful and profound, one of the best I have ever seen on Broadway.

She thrilled me as Olivia Pope on "Scandal," but nothing prepared me for how great she is as the mother of an "American Son."