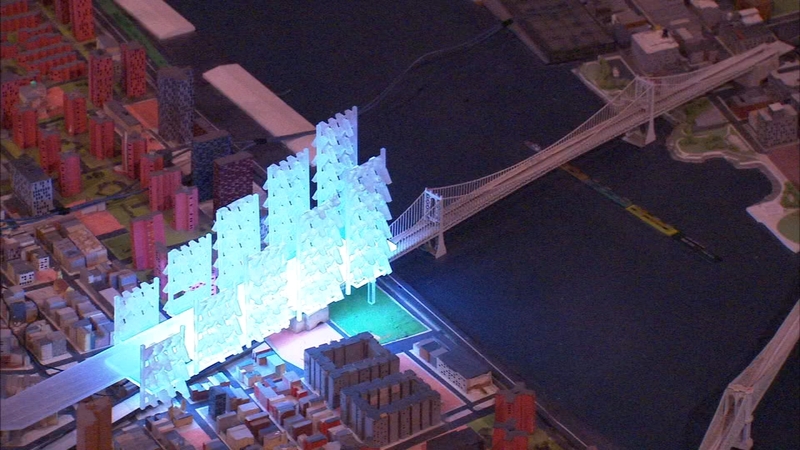 CORONA, Queens (WABC) -- Imagine living in the Manhattan Bridge or experiencing a remodeled Ellis Island straight out of a science fiction movie. Sound crazy? These revolutionary ideas about what New York City could have been are now on display at the Queens Museum in a new exhibit.

"Never Built New York" invites visitors to take a look at different prints, models, animations and installations featuring Manhattan as you have never seen it before.

The exhibition features designs for the city spanning 200 years of history. The designs never became reality, but they include futuristic and unique ideas for bridges, skyscrapers, parks and rivers, among others.

Pieces for the exhibit were pulled from around 40 different public and private archives, including the Library of Congress, MTA records and various New York architecture firms.

There are many different interactive areas in the exhibit to explore, including a bouncy house based on a piece of concept art for the 1964 World's Fair.

Another notable feature of the exhibit is a scale model of the city with 3-D printed designs imagining it as something different. Virtual Reality goggles guide the viewer through descriptions of these original building concepts by famous architects like Frank Lloyd Wright and I.M. Pei.

"Never Built New York" is co-curated by Sam Lubell, a Contributing Editor at "The Architect's Newspaper" and Greg Goldin, the architecture critic at "Los Angeles Magazine" from 2009-2011.

The two previously curated a 2013 exhibit called "Never Built Los Angeles" at the Architecture and Design Museum in L.A.

The exhibit was also designed by Christian Wassmann, who is an architect responsible for designing interiors, exteriors, installations, and furniture based on art, geometry and the cosmos.

"Never Built New York" aims to reveal the "ghost of a city that could have been," according to the exhibit page, "a parallel metropolis that can reveal the city's goals, strengths and challenges."

Admission to the Queens Museum at the New York City Building is a suggested fee of $8 for adults, $4 for seniors and free for students and children under 18.

The exhibit is open until February 18.
Report a correction or typo
Related topics:
arts & entertainmentqueensflushingcoronaartmuseum exhibitin our backyardqueens newsoriginals
Copyright © 2021 WABC-TV. All Rights Reserved.
IN OUR BACKYARD

Learn how to bust a move on roller skates

Preserving the beauty of Korean culture through dance Dine in a JUNGLE in the middle of NYC 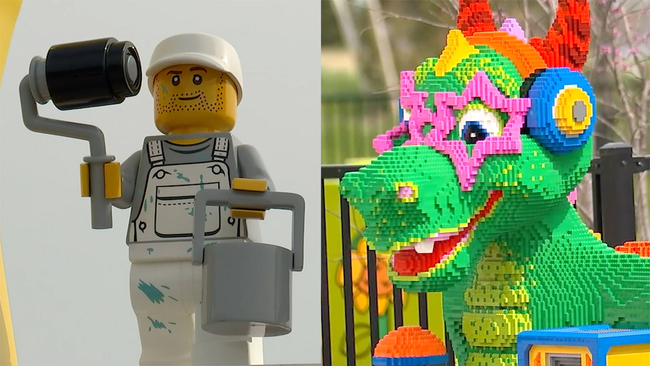