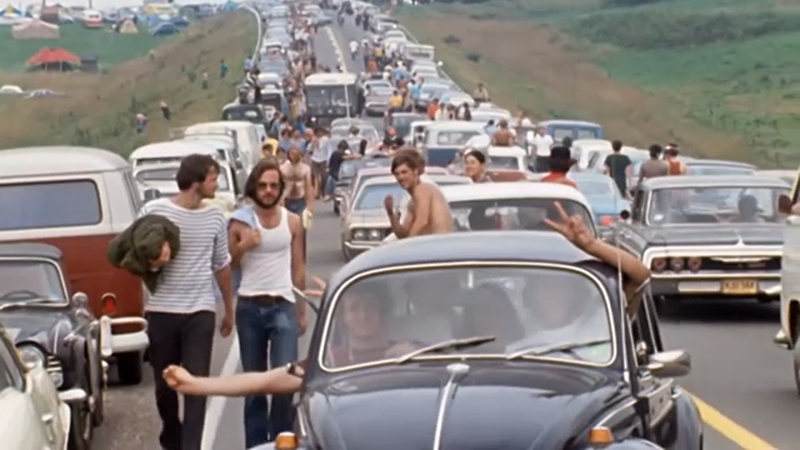 A new documentary about Woodstock, in theaters this weekend, takes a different approach than the original movie, which won an Oscar as best documentary.

What was billed as "3 days of peace and love" has come to be defined by the documentary called "Woodstock" that still resonates half a century later. But, a new film tries to understand how this one weekend in Sullivan County came to represent an entire generation.

"That echoed with the generation," added Joel Rosenman, "because they had experienced a lot off disdain."

Rosenman was one of four guys who staged the original festival, and he's a fan of this new film. "The focus on the people themselves, and each one of those stories, made it come alive to me," he says.

What the new film makes clear is how close to chaos they came.

There was too little food for too many people. And power problems, a massive traffic jam outside, and lack of proper sanitation inside. New York's Governor, Nelson Rockefeller, seriously considered sending in National Guard troops, and halfway through the festival, the organizers' money ran out!

"Each one of those crises could have meant disaster," says Rosenman.

Only the success of the original movie saved Joel his colleagues from financial ruin. But the legacy they left is priceless.

After making the documentary, Jamila concluded that "young people today are probably looking for something like that."

It's a reminder of the power of collective action.

The first "Woodstock" movie inspired me as a teenager, and I wasn't quite sure there was room for another

But "Woodstock: Three Days That Defined A Generation" made a believer out of me, and I recommend it highly.