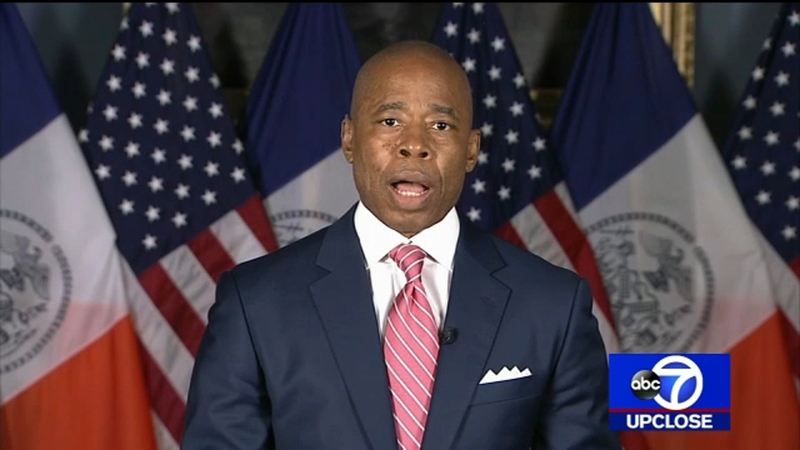 NEW YORK (WABC) -- It was obvious during ABC7NY's televised mayoral debate in October -- Eric Adams was confident he would win the election, and clearly, felt he was about to enter an arena of being New York City's 110th mayor.

That represented some sort of profound calling: To help the nation's biggest city get through the pandemic and start to rebuild and fight the insanity that had become gun violence.

Nearly a month into office, Mayor Adams seems to feel that even more profoundly.

If you live in NYC, no matter who you voted for in the race for mayor, it's safe to say that virtually everyone is rooting for the new mayor to tackle crime, stop the gun insanity, and get this city back in business. Again.

Bill Ritter interviewed Mayor Adams for "Up Close on Sunday at 11 a.m.

Mayor Eric Adams discusses rise in gun violence across NYC on this week's episode of 'Up Close.' Bill Ritter has a preview.

It was a conversation -- the kind of discussion that can lead to understanding the thinking of a leader and the reasons he's proposing changes in how to fight crime.