EXCLUSIVE: Woman in wheelchair says she was left stranded on plane at JFK Airport 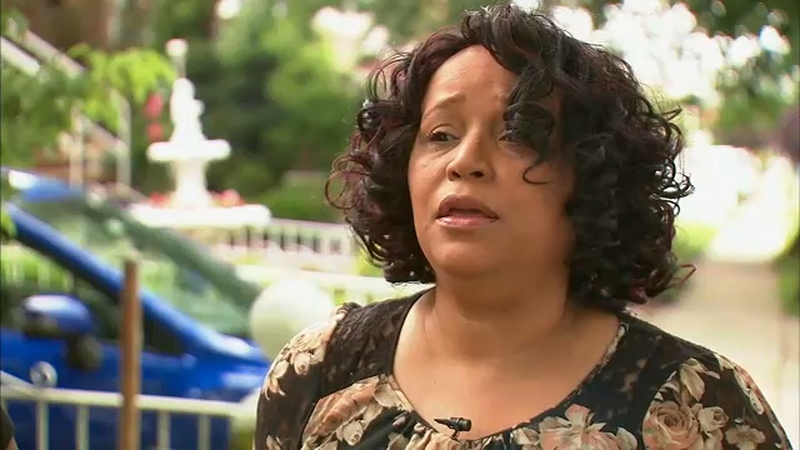 EXCLUSIVE: Woman in wheelchair says she was left stranded on plane at JFK Airport

JAMAICA, Queens (WABC) -- A woman in a wheelchair says she was left stranded on a plane at Kennedy Airport 90 minutes after it landed. She says she had to wait for the airline to get a lift to get her and her wheelchair off the plane.

It was a travel nightmare for Delta frequent flyer Robin Smith, who says she received anything but first-class treatment when her flight landed at JFK on Saturday morning. Now, Smith is questioning why the airline wasn't more prepared.

Smith fell and injured her knee, making it hard for her to walk and climb stairs - when traveling, she uses a wheelchair. When her flight from Dallas got rerouted from LaGuardia to JFK after several weather delays, she anticipated a wheelchair would be waiting for her. Instead, the plane landed near a gate without a jet bridge, and passengers had to climb down a flight of stairs.

This Delta passenger claims she had to wait 90min for a wheelchair accessible lift upon landing. More on @ABC7NY @5 pic.twitter.com/hlg9fiOchx

"When I started this trip, I started in a wheelchair from New York to Dallas, so at all points they knew I was in the wheelchair, so they knew they had someone with special needs on the plane," Smith said.

Unable to put more pressure on her knee, Smith claims she waited more than 90 minutes for a wheelchair lift to arrive and help her.

"The stewardess told me 'don't worry, we're going to have a lift for you,' so I waited for the lift, she came back, and said 'when everybody gets off the plane, you'll get the lift.' Eventually after an hour and a half, she put me in an aisle lift chair, and they rolled me in the back of the plane, and I stayed there for maybe about 20 minutes before they were able to open the door and actually get me on the lift," added Smith

A Delta spokeswoman says the plane that Smith was on was not a Delta aircraft, so the lift crews they had on standby were not compatible. Crews then had to find an alternate lift which took additional time, but Smith questions why Delta didn't plan ahead.