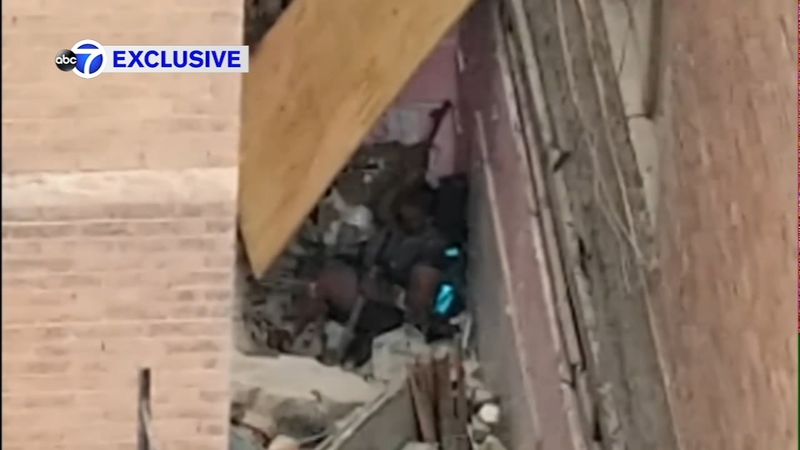 Now, exclusive cell phone video shows Rotanya Hargrove's desperation as she tried to free herself after the collapse.

She is seen trying to use a pole to free her legs, which were pinned by the debris that came raining down through the roof of the boutique she owns.

"She was actually still sitting in her chair as if she was working in her store and the building just came crumbling down right on top," said neighbor Terryann Taylor.

"She's like, 'Just get me out!'" Taylor said. "She just really wanted to come out. She was really helpless. She was trying to take the debris off of her. She had a stick in there. She was really fighting."

Hargrove was conscious and alert and suffered non-life threatening injuries when first responders got to her around 8 p.m. Monday. She remains hospitalized.

The immediate concern is her recovery. "She's just a really nice lady and I really hope that she feels better," said area resident Katie Runnells. "I hope that she recovers and that she'll get to have her shop again."

Officials believe heavy wind gusts of more than 60 miles an hour may have been to blame.

"My immediate reaction is just run, so I ran all the way to right here and I turned around and stood back and watched the rest of it fall and everything," a resident said. "There was shattering car windows, and I'm just looking like, whoa, what just happened?"

The building had recently been purchased by developers. In fact, they had planned to go to the planning board to discuss the next steps in the process of developing the property.

"We want to try to bring that building down brick by brick, floor by floor, to get it to roof level, because once it's down to that level, it will be stable and we'll be able to do a little more evaluation," Poughkeepsie Mayor Rob Rolison said. "Because right now, it's not safe for people other than those who are properly equipped to be here."

About 10 people still cannot get back into their apartments because they are in what is called the collapse zone, having to wait until the building can be stabilized and secured.

"I commend the heroic first responders whose swift response saved the life of a woman trapped by the building collapse in Poughkeepsie," he said. "While I am relieved that it appears no lives were lost by this tragedy, my thoughts and prayers are with the woman who was hurt. State personnel and assets have been deployed to the scene, and we are working with local authorities to clear the debris and ensure the safety of all. We will continue to closely monitor the situation on the ground." 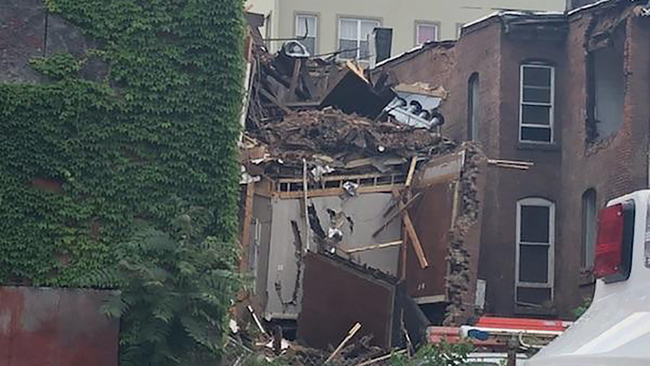